NY Theatre Workshop 2019: "A Play for the Living in a Time of Extinction"

An afternoon of interactive, interspecies storytelling using story, song, and movement to inquire how to be a human in an era of man-made extinction. 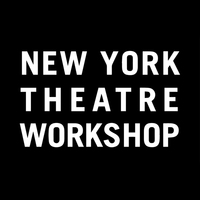 What has happened to the little brown bats? To the spotted tree frog? What will happen to Homo sapiens? A Play for the Living in a Time of Extinction is an afternoon of interactive, interspecies storytelling. It asks--through story, song, and movement--how to be a human in an era of man-made extinction. Part of New York Theatre Workshop's 28th annual summer residency at Dartmouth.

About the New York Theatre Workshop Residency at Dartmouth College

New York Theatre Workshop empowers visionary theater makers and brings their work to adventurous audiences through productions, artist workshops and educational programs. Every August, the company brings their work to Dartmouth for a three-week residency, developing and performing six new works-in-progress by some of today’s most innovative professional playwrights and directors. Recent Dartmouth residency projects have included We Live In Cairo, which just closed a run at Boston’s American Repertory Theater, and Hadestown, which is now running on Broadway and was recently honored with eight Tony Awards. Visit theater.dartmouth.edu/NYTW for more information about New York Theatre Workshop's Dartmouth Residency.