James Goodwin Rice is the Groucho Marx Senior Lecturer of Acting and Voice. He has been an actor and teacher for nearly fifty years and has taught at Dartmouth College since 1997.

Experienced on both New York and regional stages, Rice appeared in episodic television, movies of the week and in daytime television roles.

At Dartmouth he has taught Acting I and II; Speaking Voice for the Stage; and created the special topics courses Voice II—Freeing Shakespeare’s Voice; Shakespeare-in-the-Schools; and Augusto Boal's Forum Theater: Rehearsal for Living. In 2008 he was named Senior Lecturer at the Tuck School of Business at Dartmouth where he created and teaches the theater-skills based communication course, Communicating with Presence.

He has appeared in Dartmouth productions as Leonato in MUCH ADO ABOUT NOTHING, Salter in Caryl Churchill's A NUMBER, the Narrator in ROCKY HORROR SHOW and directed THE DISTANCE FROM HERE by Neil LaBute. Additionally, James serves as departmental voice coach.

In 2002 Rice created The Faculty Voice Group and for fifteen years facilitated term-long weekly meetings where faculty members could heighten presentation skills and share in discussions of commonly occurring challenges to communicating effectively.

James is a graduate of the Neighborhood Playhouse in New York, was a student of Sanford Meisner, William Esper, and subsequently, Uta Hagen, at the Hagen-Berghof Studio.  In 1991 he was designated by Kristin Linklater as an authorized teacher of her vocal approach for actors. James attended the University of Washington, Skidmore College (BS) and New York University (MA).

He is a founder of the Capital Repertory Theater in Albany, NY, where he appeared in more than twenty roles. As a member of Shakespeare and Company of Lenox, MA, he taught and acted for more than 15 years. Other regional appearances include Northern Stage, Boston Center for the Arts, O'Neill Theater Center, Pittsburgh Public Theater, Virginia Stage, The Empty Space, A Contemporary Theater, and Tony award-winning Intiman Theater, where he was a founding player.  He appeared in Ibsen's GHOSTS with Joanne Woodward, directed by Michael Cristofer; played Vershinin in the New York premiere of Lanford Wilson's translation of THREE SISTERS; and was directed by Susan Sarandon in Steven Rotblatt's RUBBER CHICKEN at Ensemble Studio Theater.

Most recently, Rice has served as associate director of Youth Bridge Global, a not-for-profit that produces Shakespeare’s plays and Broadway musicals with high school and university students in particularly under-resourced areas in formerly wartime countries and sites of genocide. His most recent productions include AS YOU LIKE IT and ROMEO AND JULIET in Mostar, Bosnia-Herzegovina, and ROMEO AND JULIET in Kigali, Rwanda. 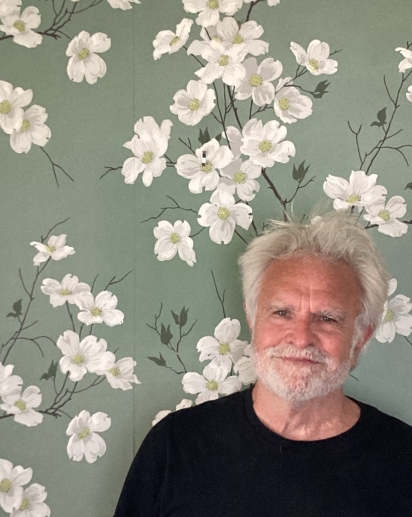