A VoxFest 2020 Festival performance
Please note that this workshop will not have a public performance component. VoxFest is and has always been process-oriented as opposed to product-oriented; for this piece, the artist has decided to forgo a public presentation of her work.

In a small southern town, a Black man slowly understands the delusion of his attempts to assimilate and twist himself into who he thinks he must be to "make-it". Through enduring love, his community of friends, family, and his mute mother strive to teach him to reclaim pride for himself and his family history. They strive to teach this son how to shine. 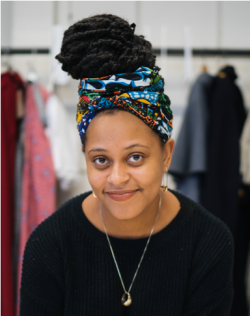 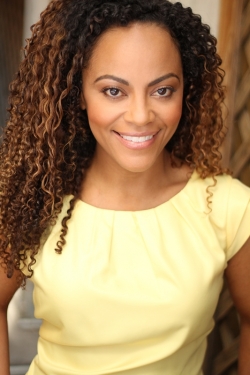 Tinashe Kajese-Bolden is an Actor, Director and Educator. She is the BOLD Artistic Director Fellow at the Alliance Theater and recent recipient of The Princess Grace Award. As a Director, recent productions include School Girls (Or the African Mean Girls Play) at Kenny Leon's True Colors Theatre,  Ghost at The Alliance Theater, Native Gardens (Virginia Stage Company), Pipeline (Horizon Theater), Nick's Flamingo Grill (World Premiere at The Alliance Theatre, Hertz Stage), Eclipsed (Synchronicity Theatre, Best Director Suzi Bass Award). *She will next be directing the Pulitzer Prize winning play Sweat by Lynn Nottage on the new Coca-Cola Stage at the Alliance Theater, is developing a new play for Theater for the Very Young specifically for children on the Autism Spectrum, The Bluest Eye by Toni Morrison at Synchronicity Theater, followed by a co-production of Toni Stone at Milwaukee Repertory Theatre and The Alliance Theatre.  As an actor, she has worked on and off Broadway, at numerous regional theaters, as well as TV and film, most recently filming Suicide Squad 2 that opens Summer 2021. *Due to the COVID-19 Pandemic, several productions have been postponed. Like many artists, Tinashe has been creatively generating virtual content that builds community and sustains connectivity during these difficult times.