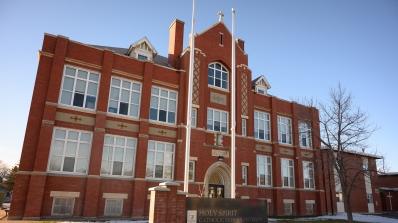 Upcoming auditions: The Virtuous Fall of the Girls from Our Lady of Sorrows

Opportunities to take the stage abound in the Department of Theater throughout the year. MainStage productions, honors thesis performances, and student-driven projects all offer students the chance to perform.

Monday January 24: Auditions for a staged reading of The Virtuous Fall of the Girls from Our Lady of Sorrows. CLICK HERE for details.

About Performing at Dartmouth

Auditions take place during the first week of classes each term for our MainStage productions and/or for the many student productions that take place throughout the year: Honors Thesis projects, student workshops or full productions, Studio Lab projects, Frost & Dodd Student Play Festival readings and staged productions, and more.

Upcoming audition details are typically posted in Shakespeare Alley and announced via this website, as well as via campus-wide eblast, the department's e-newsletter (click here to be added to that email list!) and on the department's Facebook page. Callback information and final cast lists are typically distributed by email and/or posted in Shakespeare Alley. Department auditions are open to all undergraduates, regardless of either previous theater experience or major; both first-year students and non-majors appear in department productions regularly.

Sometime during the first week of each term, the Department of Theater hosts a Theater Showcase in the Bentley Theater. Open to all students, the Showcase is an opportunity for students across campus to learn what performance opportunities are available in that term.

We also believe that performers must be invested in creating their own opportunities, taking an active role in the creation of the projects that they are passionate about and want to be involved with. We strongly encourage student performers not to wait for the "right" part, but instead to get involved in producing their own work. Opportunities exist for both majors and non-major performers to create and drive their own performance projects via the various student production tracks: YourSpace, Studio Lab, and/or student workshops or full productions. Click here for more information about student productions.

Those interested in academic courses in performance have a range of classes to choose from each term, including Acting I & II, Acting for Musical Theater I & II, Acting Comedy, and/or Speaking Voice for the Stage. A complete listing of performance course descriptions can be found HERE.