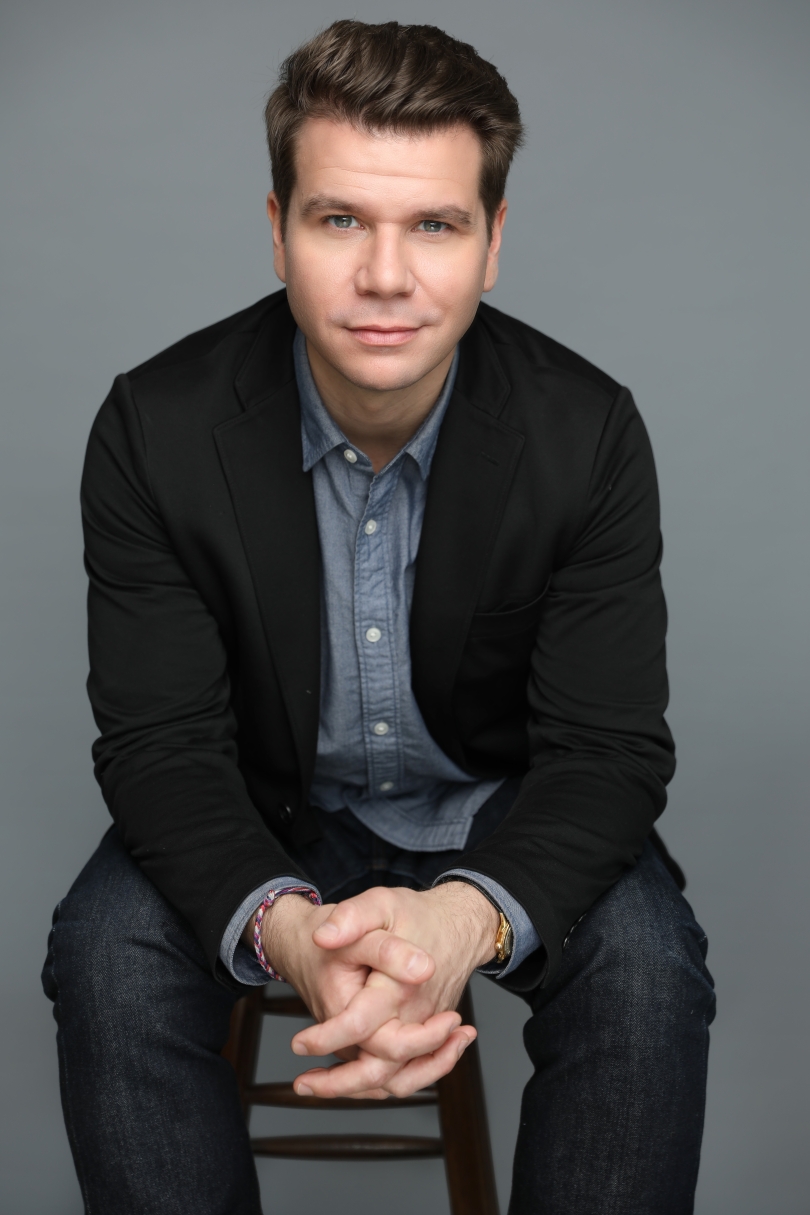 Kevin David Thomas, Music Director, Pippin Kevin David Thomas is an actor, music director, Broadway coach, and arts educator from NYC. He performed on Broadway in the first revivals of A Little Night Music (cast recording) and Les Misèrables. As music director/supervisor: Little House on the Prairie the Musical (Nat'l Tour; Asst Music Sup), A Tale of Two Cities (Broadway; asst to MD), My 80-year-old Boyfriend (Merrimack Rep., World Premiere), It Happened in Key West (Fulton Theatre, World Premiere), Marvelous Wonderettes: Dream On (STAGES Rep; Cast recording). Kevin has taught musical theater at universities and conservatories all over the world (Moscow, Rio de Janeiro, Shanghai), and spent the last decade on faculty at the Professional Conservatory of Musical Theater at New York Film Academy. He is the co-host of the acclaimed podcast, Behind the Curtain: Broadway's Living Legends and a graduate of Baldwin Wallace University. 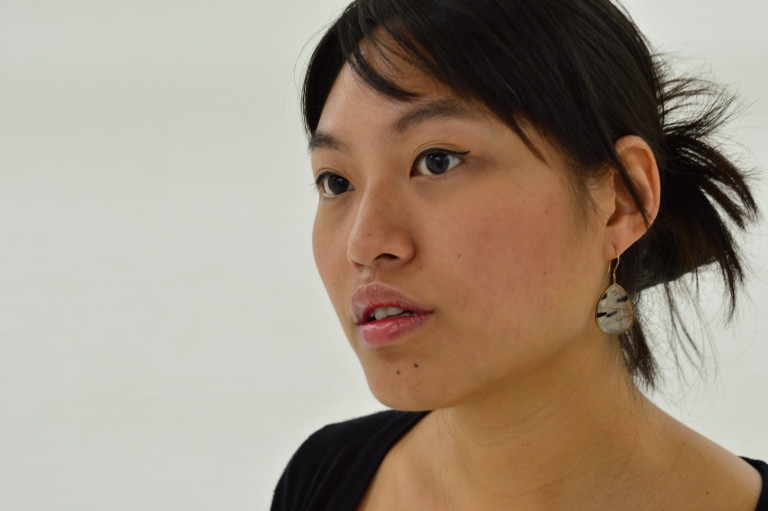 Kat Yen: director, Ethically Ambiguous. Kat Yen is a Taiwanese-American theater artist who has directed at Ars Nova, Cherry Lane, Ensemble Studio Theater, Bushwick Starr, JACK, The Flea Theater, New Ohio, and Harvard/A.R.T., amongst others. Recent productions include Marisol by José Rivera, The Juniors by Noah Diaz, Two Mile Hollow by Leah Nanako Winkler, Mr. Burns A Post-Apocalyptic Play by Anne Washburn with music by Liam Bellman-Sharpe, and Othello. Upcoming productions include happy life by Kathy Ng and Fellowship by Sam Chanse. Kat is an alumnus of Lincoln Center Directors Lab, a former Resident Director at The Flea Theater, the 2016-2017 Van Lier Directing Fellow at Second Stage and the former Artistic Director of Spookfish Theatre Company. She is also a teaching artist at Stella Adler and LAByrinth Theater company and was recently an adjunct professor at Colgate University, Marymount Manhattan College, and University of Rochester. MFA Directing: Yale School of Drama. www.katyen.com / @katkoral 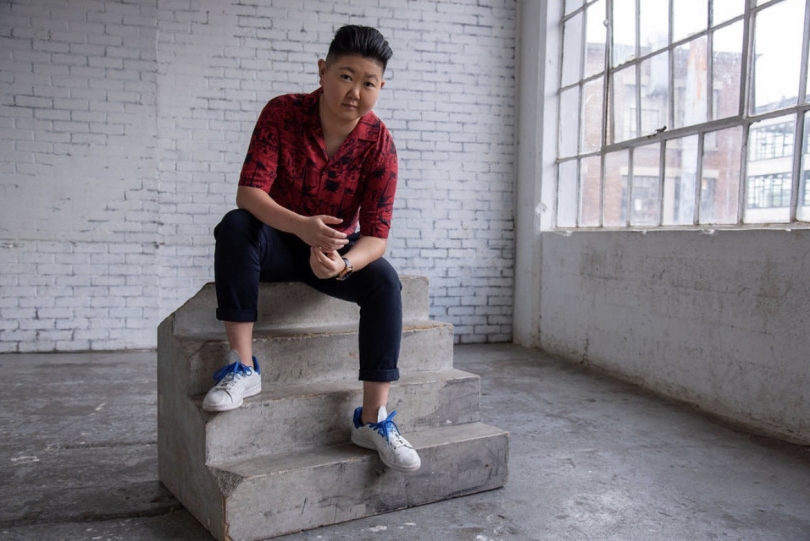 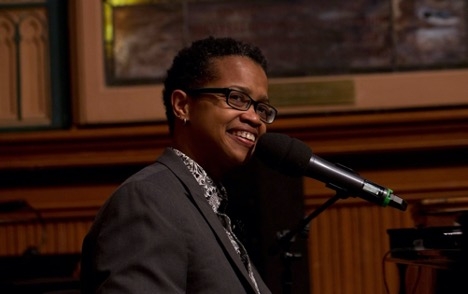 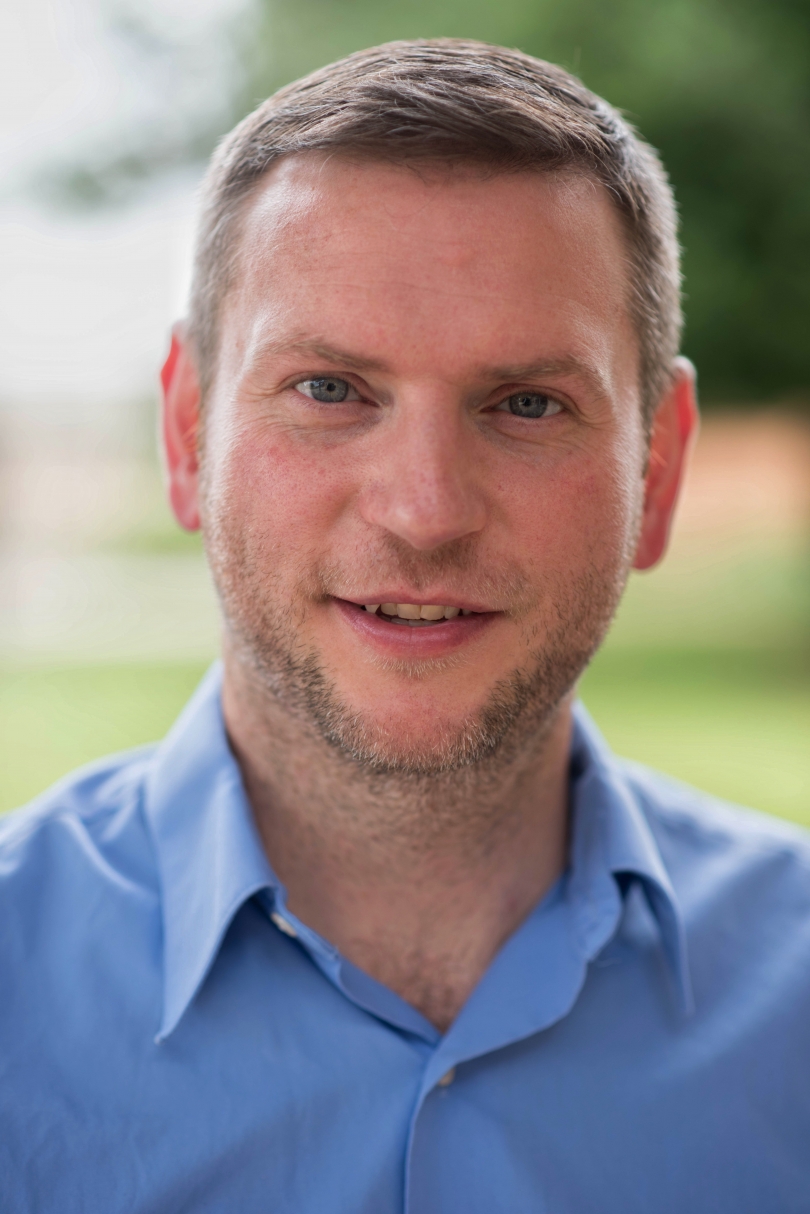 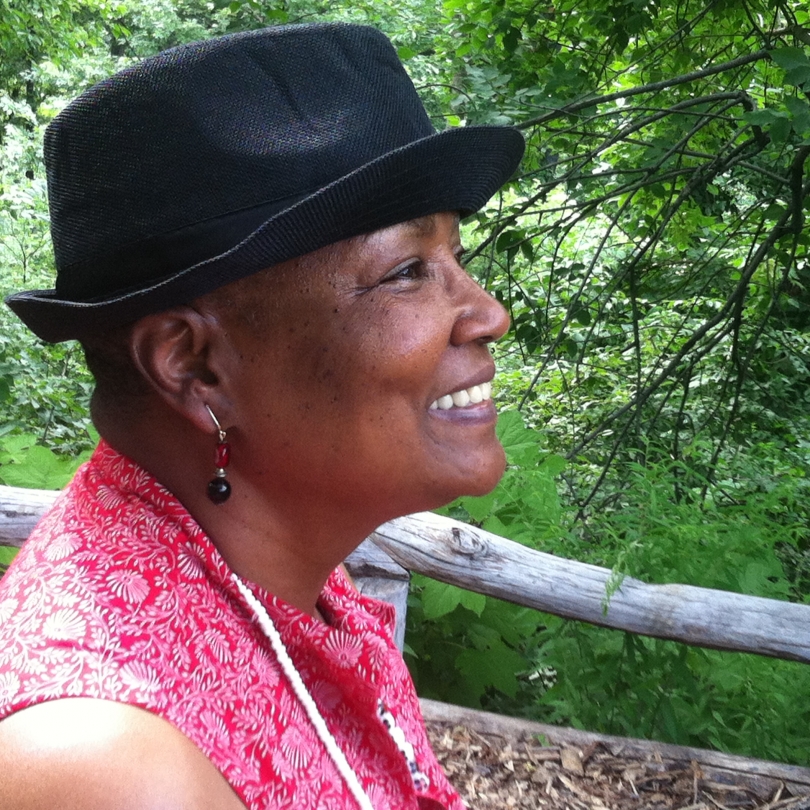 Kemati Janice Porter: director, Saturday Night/Sunday Morning. Kemati Porter is an eminent theater director, producer, performer, and administrator whose tremendous career has centered on a 40+ year relationship with Chicago's eta Creative Arts Foundation, where she has contributed to and supported over 500 productions, workshops, conferences, and programs.

Porter received her terminal degree in Directing from The Theatre School of DePaul University. She was one of the organizers of the first African American Women in the Arts Festival (1991-94) and has served as an administrator with The Martin Luther King Jr. Arts Complex and The Columbus Urban League. From 2003-2007 she was a TCG Fellow at the McCarter Theatre in Princeton, New Jersey. In 2007, she became the first Producing Artistic Director for eta Creative Arts Foundation in Chicago; she subsequently served as both the Executive Director and Producing Artistic Director until resigning in 2019 to prepare the groundwork for her company, FirstVoiceWorks, LLC. 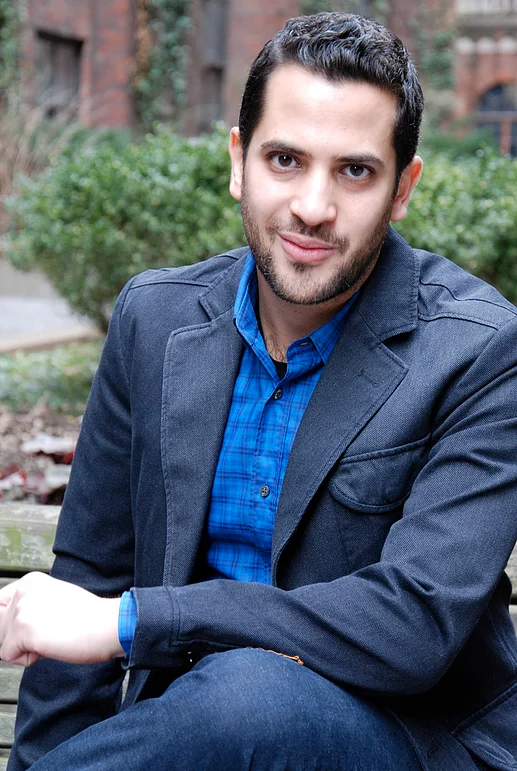 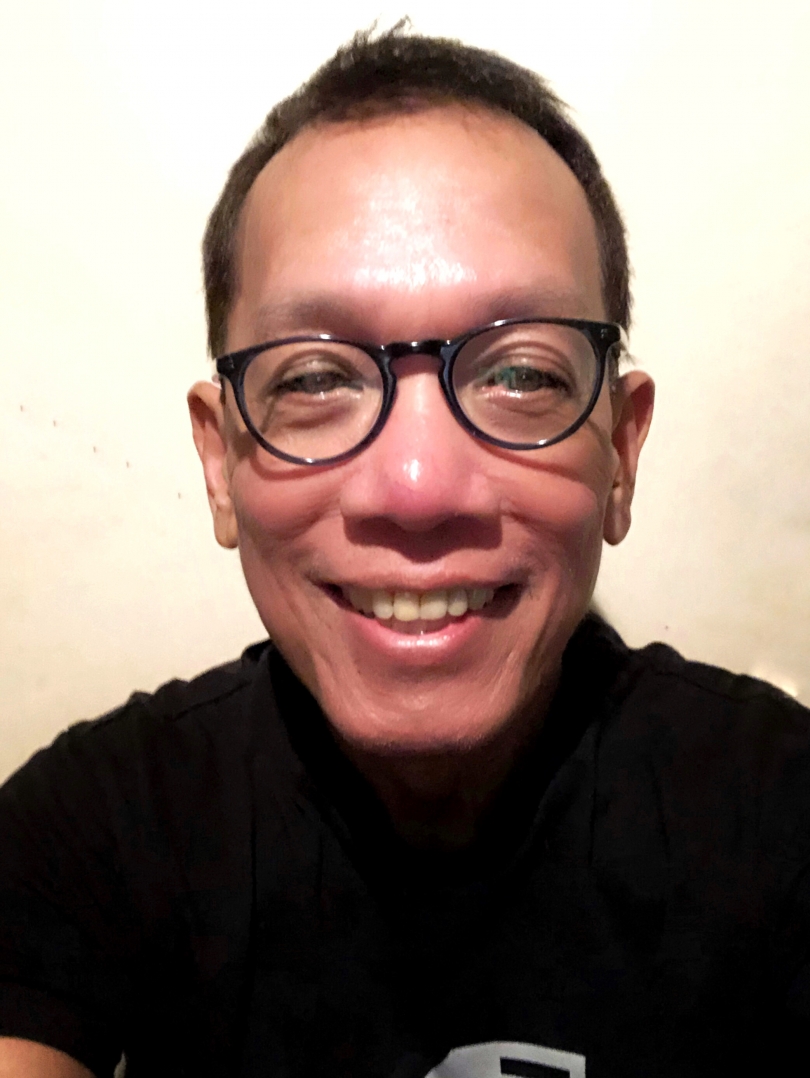 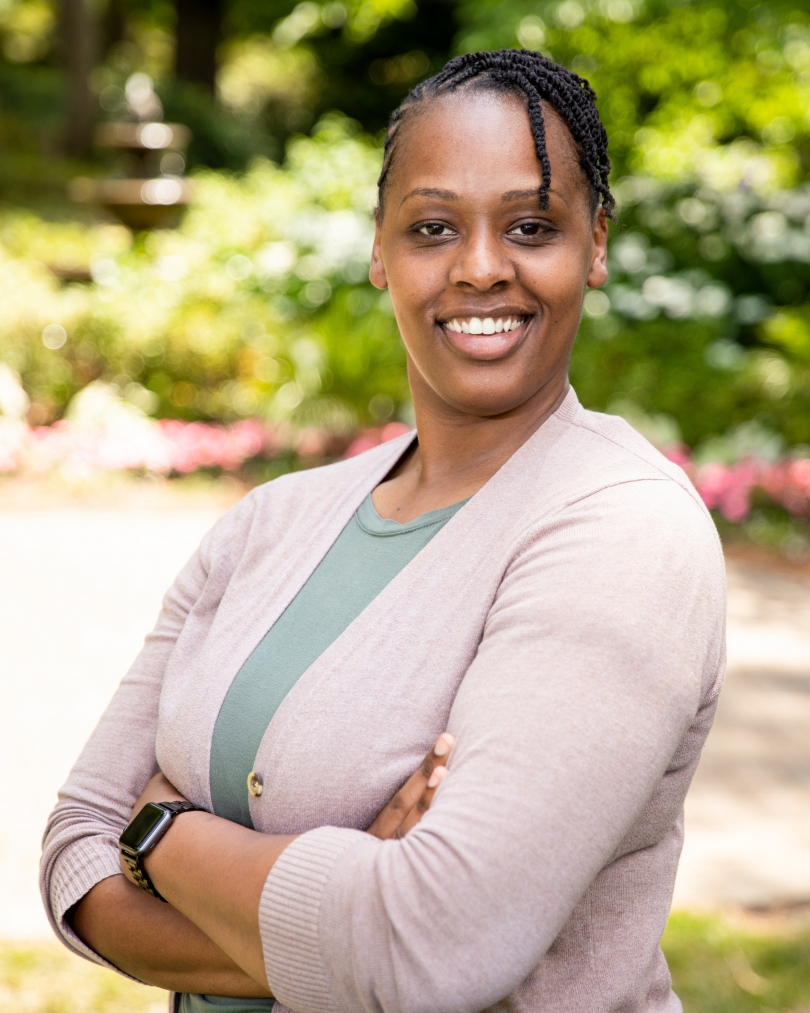 Olivia Scott Kamkwamba '13: director, Umma. Olivia is a performance studies researcher who examines aid and education in Malawi and in the American South with care, creativity, and Dreamville. Olivia challenges organizations and individuals to think about history, their place in it, and how they can participate in envisioning, guiding, and controlling our collective futures. 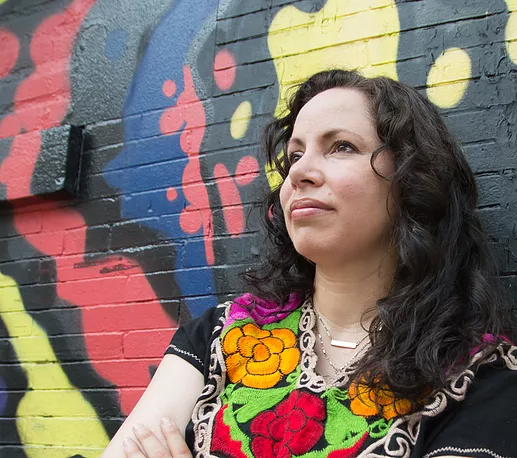 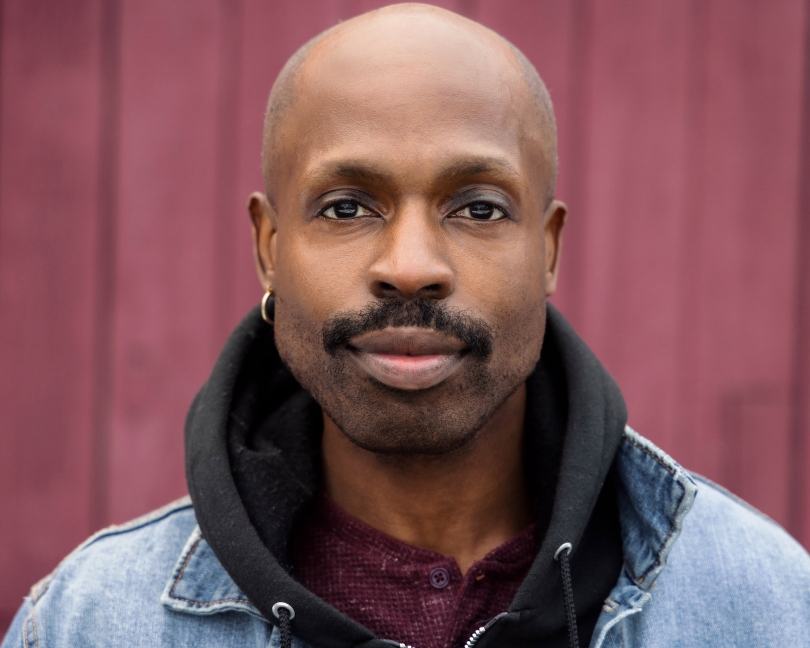 Jarvis Green: co-director, The Radical Joy Project. Jarvis Antonio Green is the Founding Artistic Director of JAG Productions, a Vermont and NYC-based Black theater company founded in 2016. He is the recipient of the New England Theatre Conference Regional Award for Outstanding Achievement in the American Theatre for his work with JAG in its inaugural year. Every year he produces five new plays, nurturing the work of five budding playwrights at JAGfest, one of the nation's leading incubators of new works by Black playwrights. In 2020 he launched the Black Joy Project, a three-tiered project: a Black Theatre methodology, a play embodying the method, and a documentary film capturing its inception. Jarvis was acknowledged by Native Son as a Black queer man who impacted the world in 2020 and sees himself playing a key role in bringing actors and stories from all over the diaspora to stages worldwide. He has a robust artistic resume having directed and performed in numerous professional productions all over the country. As an educator and scholar, he created a Black Theatre curriculum for Northwestern University, Notre Dame, and Northern Vermont University. Green is a New England Foundation for the Arts National Theatre Project Advisor and is a founding member of the Black Theatre Artist Council at the Roundabout Theatre Company in New York. He is thrilled to be making his Dartmouth Department of Theater directing debut! 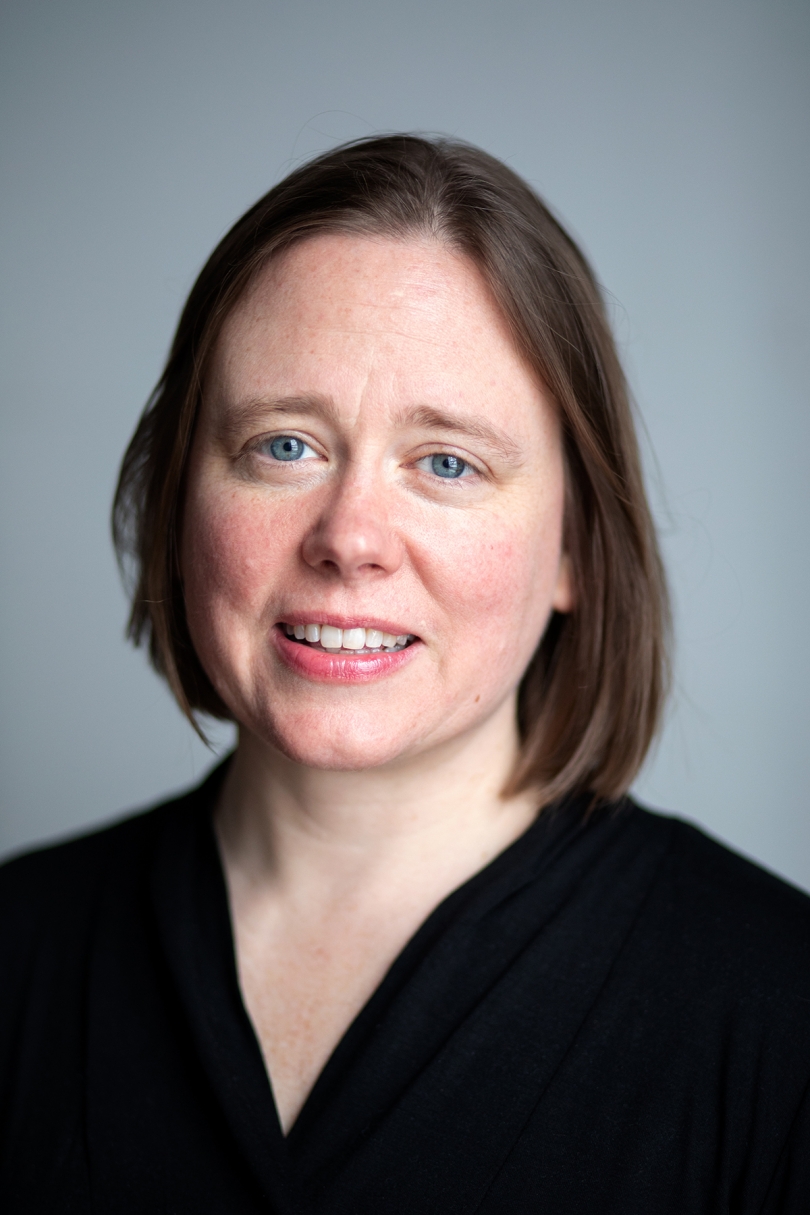 Jane Shaw: Sound Designer, Faith Hope and Charity. Jane Shaw has designed and composed for over 300 productions of theater and dance since 1998. New York credits include I Was Most Alive With You (Playwrights Horizons), Actually (Manhattan Theatre Club), Measure for Measure (Theatre for a New Audience), Blood (National Black Theatre), Ironbound (Women's Project, Rattlestick), The World is Round (Ripe Time), Food and Fadwa (New York Theatre Workshop), In the Time of the Butterflies (Repertorio Español), and over thirty productions with the Mint. Regional credits include Vanity Fair (Shakespeare Theatre Company, Washington DC and ACT, San Francisco), The Engagement Party (Hartford Stage), They Promised Her the Moon (Old Globe) as well as productions at  Cleveland Play House, Mark Taper Forum, Cincinnati Playhouse on the Park, Milwaukee Rep, Asolo Rep, Triad Stage, Capital Rep, Arena Stage, Dorset Theatre Festival and Williamstown Theatre Festival. Ms. Shaw has very much enjoyed designing down the road at Northern Stage, with productions including Oslo, Dear Elizabeth, Disgraced, Living Together and the New York premiere of Only Yesterday. She is a proud member of USA 829 and a founding member and co-Secretary of TSDCA (Theatrical Sound Designers and Composers Association). She has been honored with awards including a Drama Desk, Bessie, Henry, Premios Asociación de Cronistas del Espectáculo (2012), TCG Career Development Grant, and two Connecticut Critics Circle Awards. She was nominated for three Lortels, two Drama Desks and an Elliot Norton Award. Raised in Kansas and living now in Brooklyn, Ms. Shaw is a graduate of Harvard College and the Yale School of Drama. She is currently making her directing debut in New York City with the Mint's production of Michael, one of two plays in the company's evening Chekhov/Tolstoy: Love Stories. 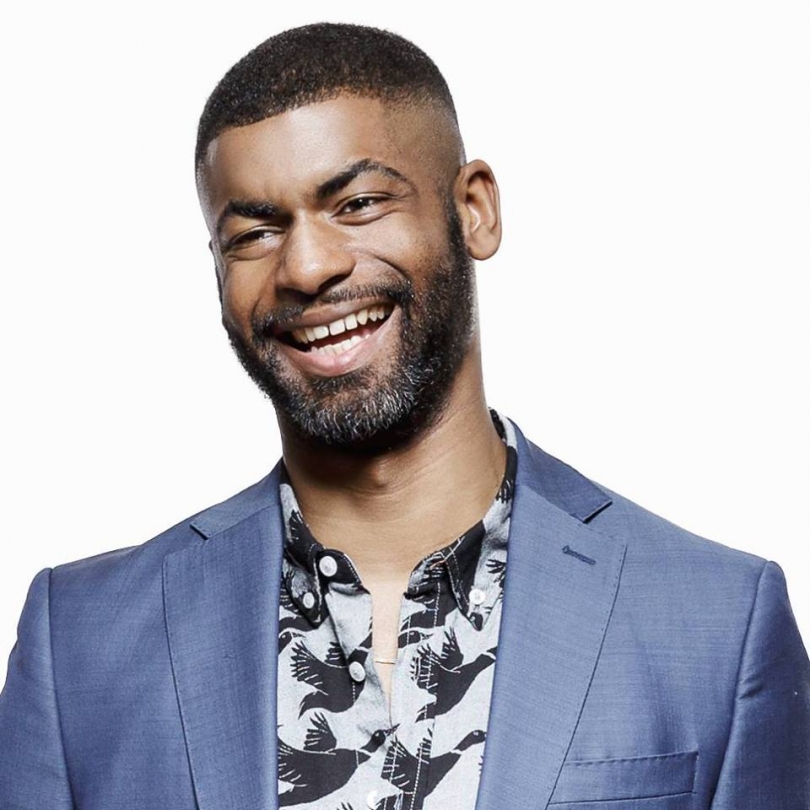 Before surviving high school in Detroit, Niegel grew up in the North Carolina piedmont, fishing with his dad, shopping with his mom and inventing tall-tale fantasies with his two younger brothers. www.niegelsmith.com 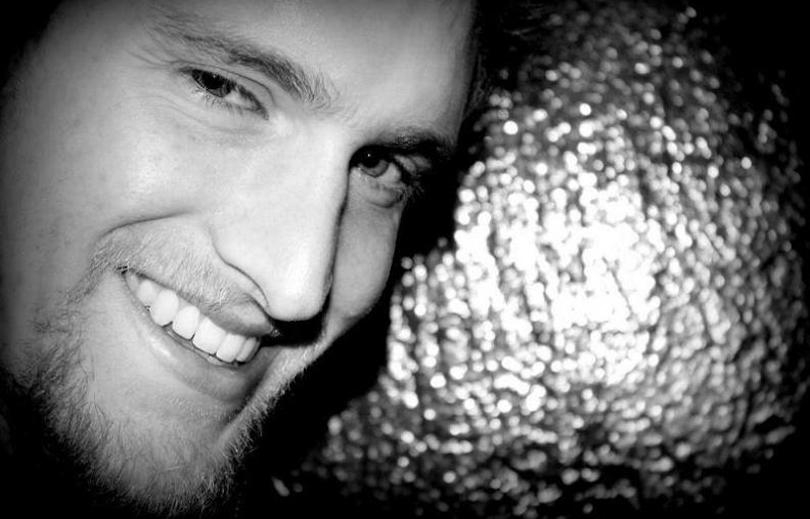 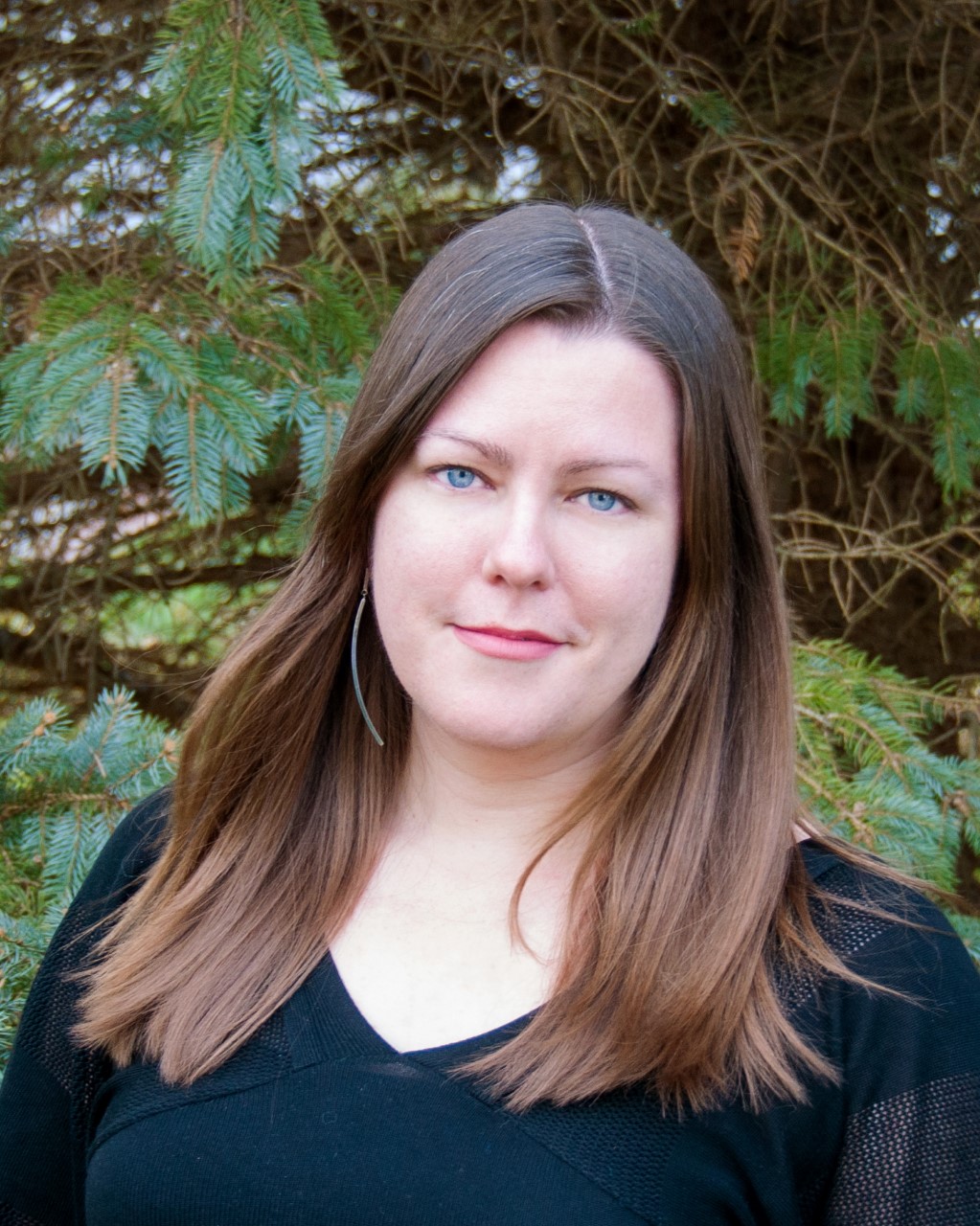 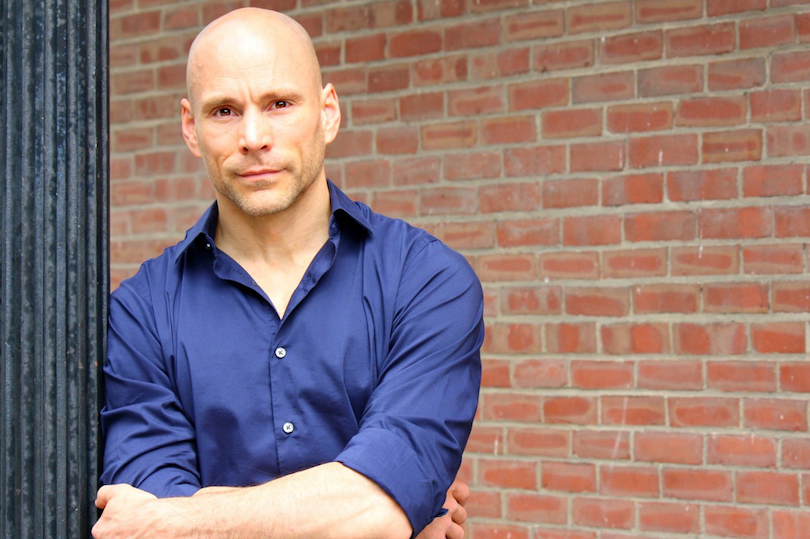 Paul West: Fight Choreographer, Sweet Science of Bruising and Red Speedo. Paul is a native of Vermont who studied in California and spent years on the west coast regional theater circuit; favorite roles from that period included Alan in Picnic at the Sacramento Theatre Company and Bill in Down the Road at the Pacific Repertory Theatre. He then moved back east to NYC and later to Washington DC, where he spent three years in the role of Tony Whitcomb in Shear Madness at the Kennedy Center. Since returning to Vermont, Paul has appeared as Frank N. Furter in The Rocky Horror Picture Show at Pentangle Arts and in A Christmas Carol, The Little Mermaid, and Oslo at Northern Stage. 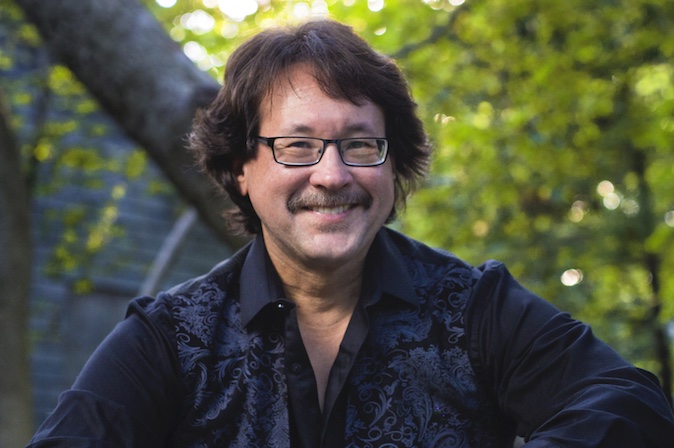 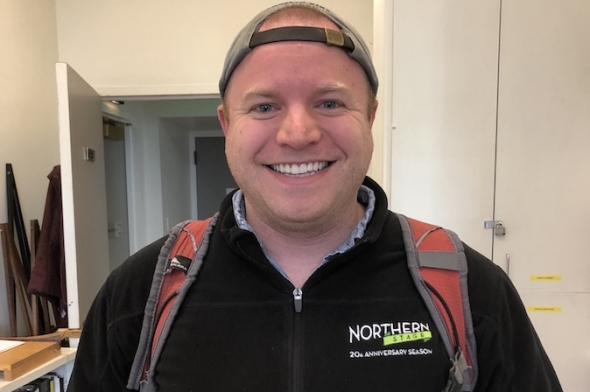