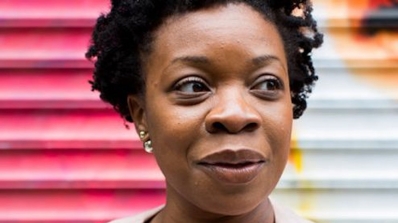 More on the Artist:

The Department of Theater is delighted to welcome playwright and performer Mfoniso Udofia and lecturer Samantha Lazar as Visiting Faculty for the 2020-2021 academic year. 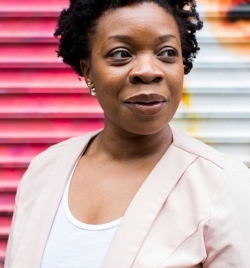 Professor Mfoniso Udofia will be teaching THEA 50: Playwriting I in the fall 2020 term, as well as two additional courses later in the year.

She has worked as a television writer on the third season of Netflix's 13 Reasons Why and the first seasons of both Apple TV's Little America and Pachinko.

​As an actress, she recently appeared off-Broadway in Ngozi Anyanwu's, The Homecoming Queen. She's also appeared in the feature film Fred Won't Move Out. 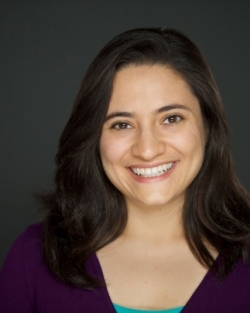 Samantha Lazar is a performance curator, scholar, theater artist, and passionate teacher. She received her M.F.A. in dramaturgy and dramatic criticism from the Yale School of Drama, with comprehensive studies in the historical European avant-garde and the American avant-garde movements. Her dissertation, "An Alternative Engine: Devised Theater and Urban Ecology in Philadelphia, 1995-2015" explores the interplay between contemporary devised performance and urban revitalization in Philadelphia. Her writing has appeared in PAJ, Theater, and Praxis, as well as in journalistic publications; she has taught at institutions including Yale College, Yale School of Drama, Connecticut College, and Dartmouth College. She is currently the Curator of Academic Programming at Dartmouth's Hopkins Center for the Arts, with scholarly and creative interests in devised performance, visual dramaturgy, environmental theater, and scenography.