The Rosenbaum Twin Survival Musical Spectacular by Elise Wien '17/ Full production, directed by Jamie Horton/ This play is about twins who become trapped on a desert island - and what they are willing to do to conquer their circumstances.

In Another Country by Mike McDavid '15/ Staged reading, directed by Marina McClure '04/ A drama exploring sin and punishment in the backdrop of the war on terror, In Another Country takes the audience inside of a CIA black site a few years after 9/11. We follow along as two bored agents work through matters of importance in scope national, personal and trivial.

Slack Jambs by Ashton Slatev '15/ Staged reading, directed by Marina McClure '04/ This play is a satirical illustration of the power struggle between Big Business lobbying and a misinformed general public. Slack Jambs explores the pendular nature of blame in American democracy.

Auditions in the Bentley Theater Monday, June 29 from 7-10 PM. There will also be auditions from 7-8 PM on Tuesday, but only for those not available on Monday.

For more detailed audition information and to read the scripts, please click here. 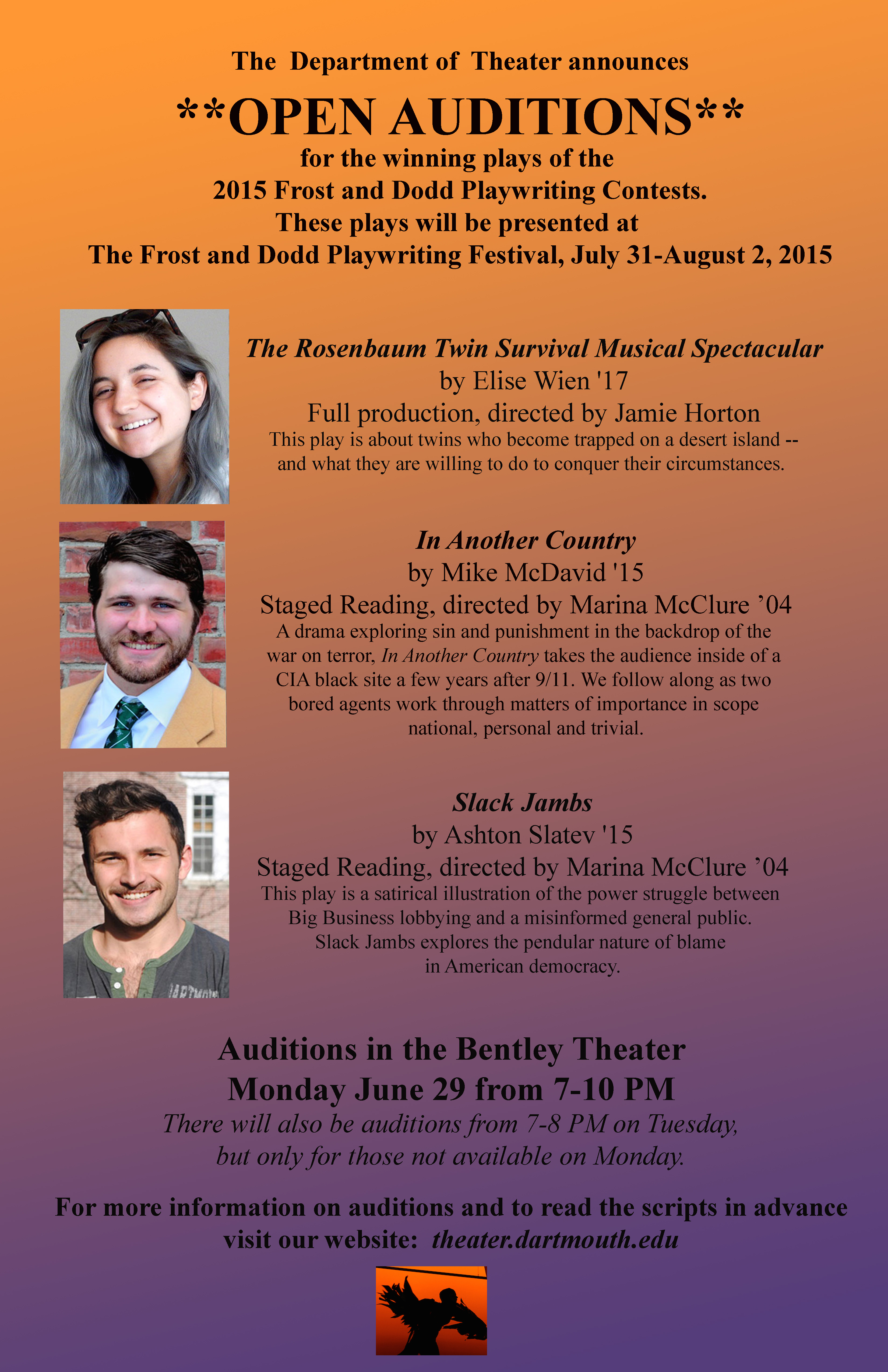