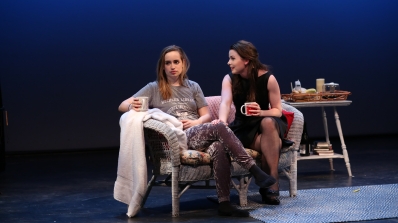 The story of a young woman navigating the aftermath of her father's death, whose journey of reconciliation encounters obstacles including a controlling sister, an unassuming love interest, mind-boggling mathematics - and, finally, her own mind. Featuring Tess McGuinness '18 as Catherine and Professor James Rice in the role of Robert, her father.