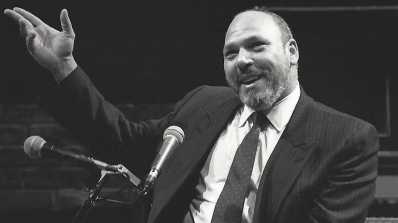 The Legacy of a Legend:

20 Years After "The Ground on Which I Stand"

The Department of Theater is proud to support

In collaboration with the Craft Institute
September 26-29, 2018

‘Breaking New Ground Where We Stand’ is a reconvening and commemoration of August Wilson’s legendary Black Theatre Summit ‘On Golden Pond’, which took place at Dartmouth in 1998 during the famous playwright's residency as a Montgomery Fellow, visiting artist, and guest lecturer for the College. Twenty years down the road, the Summit will capitalize on new links between theatre, film, television, and related media platforms.

CLICK HERE for a schedule of all Summit-related events. Please note that while attendance at many events is limited to registered Summit participants, a number of events are open to the public; these include the Opening Ceremonies on Wednesday, the Keynote Conversation on Saturday, all performances of Frederick Douglass Now, and Saturday's screening of the film Blindspotting. A list of FREE, public Summit events is available HERE.

CLICK HERE for biographies of Summit speakers and presenters.

More details about the 2018 International Black Theatre Summit are available at their dedicated website HERE.

About the Original Black Theatre Summit

In June 1996, the Pulitzer Prize-winning playwright August Wilson delivered the keynote address for the annual gathering of the Theatre Communications Group, the nation's pre-eminent organization of non-profit professional theaters. Entitled "The Ground on Which I Stand", the speech has since become "a critical black theatre manifesto, studied alongside W.E.B. Du Bois’s Four Principles of Negro Theater and Amiri Baraka/LeRoi Jones’s The Revolutionary Theatre". (Harry Elam Jr., American Theater June 2016 issue). The now-landmark speech immediately ignited an contentious public discussion about racial inequity within the theatrical world, encompassing conversations about casting, funding, audiences, and much more. Subsequent events included a public debate with American Repertory Theater Artistic Director Robert Brustein, moderated by Anna Deavere Smith at the Town Hall in New York City (listen to excerpts from the conversation between Wilson and Brustein here.)

Following the speech and the subsequent firestorm of publicity and debate, Wilson was approached by Dartmouth Professors of Theater Victor Leo Walker II and William Cook, who suggested setting up a major conference for black theatre artists and professionals on campus. The resulting event took place at Dartmouth in March of 1998, with participants that included Ntozake Shange, Ed Bullins, Thulani Davis, Ricardo Khan, Robbie McCauley, Clinton Turner Davis and Woodie King Jr. While the panels were largely closed to the public, the final day was open to all and included sessions on building audiences, strengthening partnerships within the black arts community, and legal and financial strategies for the creation and development of new black theatre companies.