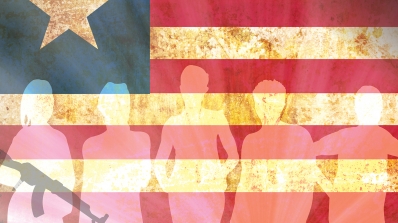 Spotlight on the Cast and Company of "Eclipsed"

The Department of Theater's Fall MainStage production of Eclipsed opens Friday, November 2 in the Moore Theater! Danai Gurira's harrowing play tells the story of five women whose lives have been set on a nightmarish detour by the Second Liberian Civil War; the play celebrates their strength and humanity in a  powerful portrait of survival, transformation, and renewal. The cast includes:

The cast was recently profiled by the Hopkins Center's Hop Backstage blog: read all about them here and here! For those wishing to hear more from them, they will be participating in a post-show discussion immediately after the performance on Friday night, November 9.

The production has been directed by Guest Artist Miranda Haymon, currently a Directing Fellow with New York's Roundabout Theater. Miranda was recently interviewed in Vermont's Seven Days magazine; click here for that article! The production were also featured in a recent Valley News article, available HERE. Miranda and Department of Theater professor Dr. Monica White Ndounou will be leading a pre-performance discussion at 7 pm on Saturday, November 3 in the Top of the Hop, entitled Black Womanhood on the World Stage. Don't miss it!

We'll see you there!