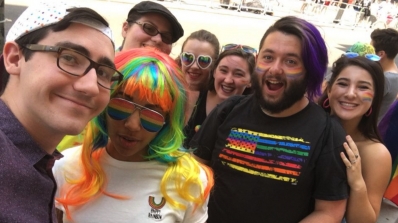 presented by Rodney Cottier
Head of the Drama School, London Academy of Music and Dramatic Art

Rodney Cottier is the Head of Drama School at the London Academy of Music and Dramatic Art – the world's oldest drama conservatory. His Shakespeare Masterclass is interactive, stimulating, and a great deal of fun! The virtual lecture is free-of-charge, runs 3 hours, and is geared to all levels of experience, with something in it for everyone – from those just starting out to old pros. All are welcome, and the more who attend, the merrier! No special preparation is required. 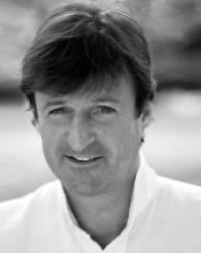 Rodney Cottier has over 40 years' experience as a stage director and teacher of stage combat, acting and text at LAMDA, where he has directed twenty-five plays from Shakespeare's canon. He has also taught in the US as a guest lecturer at the University of Connecticut and Citrus College, Los Angeles, as well as conducting an annual workshop tour of top North American universities (to date he has visited twenty-seven states), focusing on Shakespeare's First Folio.

As a fight director, Rodney has worked at Shakespeare's Globe as Master-of-Fight, choreographing several productions including Mark Rylance's Hamlet, as well as at the Royal Opera House, English and Welsh National Opera, the National Theatre Studio and many regional theatres.

"Rodney knows his subject so well, it's as if he compiled the Folio himself."
-Participant, Oregon Shakespeare Festival

"Rodney's lecture is immediate, funny and super entertaining. I wish I had him in the classroom for every Shakespeare class. The students were discovering things about Shakespeare and themselves they never thought of before. His style is very entertaining and puts the students at ease."
-Theater Professor, U of Illinois Chicago

"I really enjoyed Rodney's knowledge of Shakespeare and his work with the text. I see Shakespeare in a new and different light."
-Participant, Guthrie Theater

"His respect and passion for the text is truly contagious." -Education Manager, Guthrie Theatre

"He is an expert in his field and I recommend him highly to any theater department." -Board Member, California Educational Theatre Organization

"Rodney Cottier's First Folio Masterclass is an interactive, caffeinated tour through the skills of analyzing and performing Shakespearean text. Highly recommended as an intro or a refresher for beginning to accomplished theatre and literature students. It's a three-hour intensive that never fails to enlighten and entertain."
-Theater Professor, University of Redlands