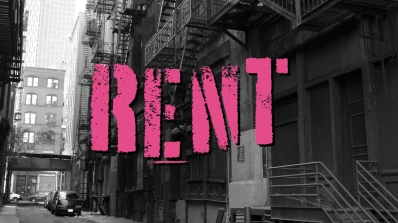 The groundbreaking and iconic Pulitzer Prize-winning musical that shaped a generation and taught us all to measure our lives in love.

Based loosely on Puccini's La Boheme, Jonathan Larson's Rent follows a year in the life of a group of impoverished young artists and musicians struggling to survive and create in New York's Lower East Side, under the shadow of HIV/AIDS. An exuberant and passionate story about falling in love, finding your voice, and living for today.

*The Friday February 25 performance will be open-captioned

This performance contains discussion of suicide and drug use.

Please note: Ticket reservations are required for these performances (click here to get your tickets!). Per current Hopkins Center covid policy, attendees are required to either show proof of vaccination and booster (if eligible for booster) or negative covid test, OR they will need to present their Dartmouth ID upon arrival at the theater. Details about Hopkins Center Health & Safety policies are available HERE.

Dive into the production and its history with two special events on Friday, February 25!

In 1994, the brand-new New York Theatre Workshop Residency program at Dartmouth brought an unknown young composer named Jonathan Larson to campus to continue developing a new musical he had been working on for years. Two years later, the show opened at New York Theatre Workshop amidst the unimaginable tragedy of Larson's sudden death…and opened the door to a new era in musical theater. The panel will discuss the making of an icon and what Rent means for the American theater - past, present, and future.

After the Show:
A Conversation with the Cast and Creative Team
The Moore Theater
Join us in the theater immediately following the evening's performance for an informal discussion with members of the Rent cast and creative team.