Somewhere in Iran, five teenage girls get locked inside a classroom. Everything is dark. Everyone is unhinged. Nasim clings to religion, Farzaneh wants to play soccer, Leyli fantasizes about birds, and Arkam and Azam try to act normal. Loud "Boom" sounds terrify the girls as they make a Persian bread and cheese classic: Noon Panir.

*Noon Panir in the Dark will be produced during the Winter 23 term.

Armita Mirkarimi '25 creates plays about identity, immigration, and cultural erasure. She is an Iranian-American writer from Orange County, California. Her previous work, What Firouzeh Saw, was workshopped by the Wayward Artist Theater Company. At Dartmouth, Armita studies Government and English Literature while performing and stage managing in the Theater Department. She is passionate about using stories to invest in Iran's cultural future while making sense of the world's chaos. When not writing plays, Armita can be found at Mock Trial practice, contemplating democratic regression, or reading Wordsworth's poems.

Once upon a time, there were two siblings who grew close over folksongs and dreams bigger than their small Appalachian town. But that was then. Now, after four years of silence, Sparrow has returned for their sister Wren's twentieth birthday. They want to make amends, but Mama has other plans. She takes the siblings on a camping trip up the mountain to bring them all closer together, but something dark lurks in the woods- and within this family. Some things can't stay hidden and violence echoes back like a refrain. A music infused murder ballad of a story. 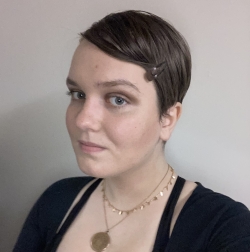 Lila Hovey (they/them) is a '23 majoring in theater and engineering sciences with a focus on studio art and women's, gender, and sexuality studies. They love fashion history, folk music, queer genre fiction, and their cat, Neptune. They've been active in more than a dozen works of theater while at Dartmouth as an actor, costume designer, and stage manager. They would like to thank Brianna Parry, Kathleen Cunneen, Laurie Churba, and the whole costume shop team for being amazing as well as their mandolin, Mando Patinkin.

Tell Me More, Tell Me More, by Katie Devin Orenstein '22
Friday, July 30th @ 8pm
Bentley Theater
Best friends Micah and Lily invite two new friends- soft-spoken Ty and worldly, sophisticated Kirk- to Micah's grandparents' Hamptons beach house for the weekend. Little do they know that someone among the four is neither gay nor straight but… (***thunderclap, horrified screaming in the distance***) BISEXUAL!!!!!! 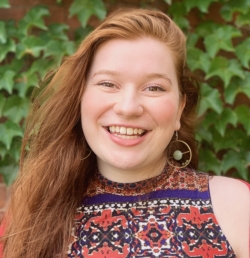 Katie Devin Orenstein (she/her) '22 is thrilled to be back for 2 Frost 2 Furious. She is, famously, the only person who uses instagram correctly and she is a film and theater major and middle eastern studies minor. Dartmouth theater: Rent, Jo & Laurie, Seismic Change (Frost/Dodd 2021), Into the Woods, Debutantes From Hell, Meat, Little Circles, Family Style. Alum of NYTW, The Drama League, Imaginarium, Berkshire Playwrights Lab, Irony Point Productions. Special thanks to Bill Nisen, Nilan Johnson, Charisma Carpenter, Michael Ganio, Parker Posey and Alan Cumming, Mia Nelson, and her fellow Frost/Dodd playwrights. Tell Me More, Tell Me More is in memory of Phyllis Elstein, and is dedicated to her grandson, Ben Togut. https://katiedevinorenste.in