Originally from Anchorage, Alaska, John Heginbotham graduated from The Juilliard School in 1993, and was a member of Mark Morris Dance Group from 1998 – 2012.  In 2011 he founded Dance Heginbotham, which has been presented by institutions including the Brooklyn Academy of Music, Jacob’s Pillow Dance Festival, The Kennedy Center, Lincoln Center for the Performing Arts, and The Joyce Theater, among others.  In 2016, DH toured to Indonesia, Laos, and the Philippines with DanceMotion USASM, a cultural diplomacy initiative of the U.S. Department of State, produced by the Brooklyn Academy of Music.

John’s recent independent projects include choreographing Candide for the Orlando Philharmonic (2016); Daniel Fish’s production of Oklahoma! for Bard Summerscape (2015); Angels’ Share for Atlanta Ballet (2014); Isaac Mizrahi’s The Magic Flute at Opera Theatre of Saint Louis (2014), and Peter and the Wolf for the Guggenheim Works and Process Series (2013).

John was on faculty at Princeton University (2012 – 2015), is a founding teacher of Dance for PD®, and has directed the Dartmouth Dance Ensemble since 2012. 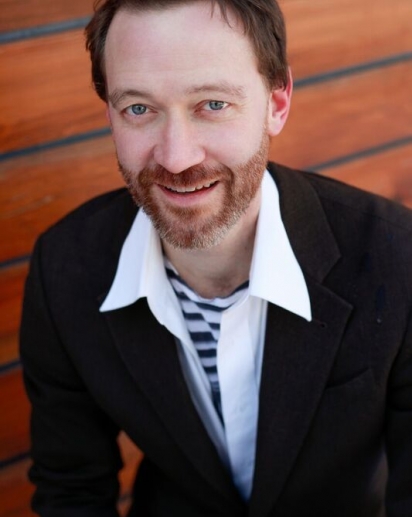