Kathleen Cunneen has been teaching Stage Management at Dartmouth since 1997 and is a member of Actors Equity Association, the Union of Professional Actors and Stage Managers. She served as Production Stage Manager at the American Repertory Theatre, Berkshire Theatre Festival, Virginia Stage Company, and Center Stage, among others.  Her experience includes several seasons as Company Manager for the Berkshire Theatre Festival and as Associate Production Manager at PepsiCo Summerfare, an international performing arts festival at SUNY Purchase.  Kathleen toured both nationally and internationally. Since coming to Dartmouth in 1995, Kathleen has worked at the Hopkins Center as Programming Assistant and as Assistant Director in Conferences and Events, as well as working on the stage management team for the debates hosted at Dartmouth in 2009 and 2011, the Inauguration of President Kim, and Igniting the Imagination for the Hop's 50th Anniversary. She is currently the Project Coordinator for the Undergraduate Deans Office, where her big "projects" are Commencement and New Student Orientation.  Kathleen also has stage managed Viscera, Undue Influence, and How We Work for the Theater Department. She teaches stage management and offers mentoring to all student stage management staff for both mainstage and student productions. Her most important role, though, is as mama to Izzy, nineteen, and Dylan, fourteen. 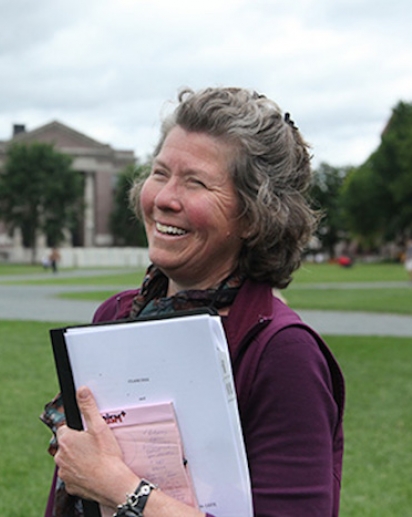