Dr. Monica White Ndounou is an Associate Professor of Theater and the founding Executive Director of The CRAFT Institute which convenes The International Black Theatre Summit and administers the Pay-It-Forward All-Career Level Mentorship Program along with various initiatives designed to create culturally inclusive ecosystems throughout the world of arts and entertainment by transforming formal training and industry practices while promoting equitable access.  She is also the past President of the Black Theatre Association (BTA) (2016-2018), Vice President of Advocacy for the Association for Theatre in Higher Education (ATHE) (2019-2021) and serves on the board of The August Wilson Society.  She is a founding member of the National Advisory Committee of The Black Seed, a national strategic plan to create impact and thrivability for Black theater institutions and initiatives. She is an alum of The Black Arts Institute and a co-founder of CreateEnsemble.com, a digital platform for creative artists of color.

Dr. Ndounou’s interdisciplinary research projects span a broad range of topics.  She frequently writes for popular audiences and presents the findings of her work at national and international conferences. She is the co-author of Breaking It Down: Audition Techniques for Actors of the Global Majority (Rowman & Littlefield, 2021).  Her award-winning book, Shaping the Future of African American Film: Color-coded Economics and the Story Behind the Numbers (Rutgers University Press), received the 2016 Distinction Honor from the Southern Conference on African American Studies, Inc. (SCAASI).  Professor Ndounou is currently working on several projects including but not limited to a book, Acting Your Color: The CRAFT, Power and Paradox of Acting for Black Americans which includes a multi-media project exploring black American contributions to developing acting theories and practices.

Some of her additional publications include: “Slavery Now: 1970s Influence Post-20th Century Films on American Slavery” in Black Cultural Production after Civil Rights (University of Illinois Press), “Being Black on Stage and Screen: Black Actor Training Before the Rise of Stanislavski’s System” in the Routledge Companion to African American Theatre and Performance (Routledge); "The Paradox of Acting for an African American Actress" in Consciousness, Theatre, Literature and the Arts (Cambridge Scholars Press), "The Nice-Nasty Politics of Fragmenting August Wilson's Legacy" in the New England Theatre Journal, "Encountering Black Culture in Acting Classrooms and Beyond" in Theatre Topics, and “Early black Americans on Broadway” in The Cambridge Companion to African American Theatre (Cambridge University Press). Her article “Drama for ‘Neglected People': Recovering Anna Julia Cooper's Dramatic Theory and Criticism from the Shadows of W.E.B. Du Bois and Alain Locke” in The Journal of Dramatic Theory and Criticism was nominated for the American Theatre and Drama Society's 2013 Vera Mowry Roberts Research and Publication Award.  Dr. Ndounou has also served as a Faculty Fellow at the Center for the Humanities at Tufts University as well as a Faculty Fellow for the Tisch College of Public Citizenship at Tufts University while designing a drama program for a Massachusetts Correctional Facility.  She was also a Jacob K. Javits Fellow (2004 - 2007) and an OSU Presidential Fellow (2006).

Dr. Ndounou is also an actor and director who has appeared in a range of roles from The Billie Holiday Theatre’s 50in50: Letters to Our Daughters, William Shakespeare’s Love’s Labor’s Lost, Suzan-Lori Parks’ The Death of the Last Black Man in the Whole Entire World, and various roles in August Wilson’s ten-play cycle including Fences, Seven Guitars, and Two Trains Running. Her directing credits include new works as well as August Wilson’s Joe Turner’s Come and Gone and Gem of the Ocean, along with Ntozake Shange’s for colored girls who have considered suicide/when the rainbow is enuf and Antoinette Nwandu’s Pass Over.

Throughout her career she has taught a variety of graduate and undergraduate level courses in theatre, film and cultural studies including: The Art of Adaptation and Storytelling, Dance Theatre of Harlem Workshop: The Hazel Scott Project; Artist as Activist, Black Theatre, USA, Modern and Postmodern Theatre; Introduction to Film Studies; Performing America, Exploring Identity; African American Theatre and Film; The Theoretical & Historical Development of African American Theatre, etc. 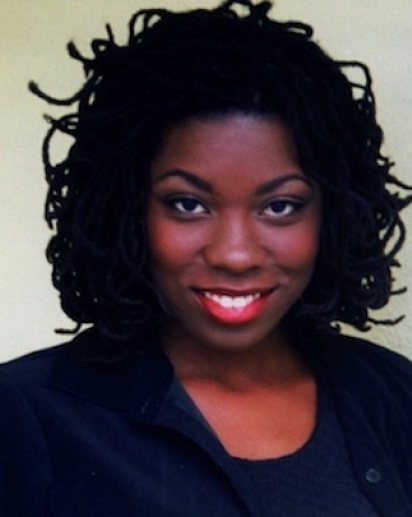