A breathlessly funny modern spin on the Middle Ages and about what can happen when your eyes are opened to the injustice in the world. Part of the Fall Staged Reading Series. 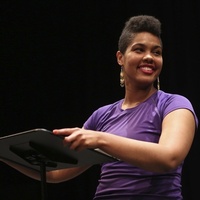 Clare is just a regular noblewoman living in medieval Italy, trying out hairstyles and waiting to get married. Until an unkempt man named Francis starts ranting in the courtyard... A breathlessly funny & powerful spin on the Middle Ages that tells a very modern story of what happens when your eyes are opened to the injustice of the world around you - and you can no longer look away.

More information and details at the dept of theater website HERE.