Simon's hilarious, bittersweet memory play about an extended Jewish family struggling to get by in Brooklyn during the years leading up to WWII. Directed by Reagen Readinger '23. 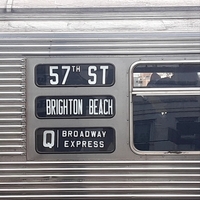 It is 1937 in Brooklyn during the heart of the Depression, and fifteen-year-old Eugene is dreaming of baseball and girls. Instead, he must cope with the mundane existence of family life in his crowded Brooklyn walk-up: a formidable mother, an overworked father, and an worldly older brother, plus his widowed Aunt Blanche and her two young (but rapidly aging) daughters. Part one of the great Neil Simon's autobiographical trilogy is a hilarious, bittersweet memoir of a struggling Jewish household in which "if you didn't have a problem, you wouldn't be living here."

Presented as a workshop production, with Act I fully staged and Act II performed as a staged reading.