During a week-long Dartmouth residency, alums and other visiting artists develop their works-in-progress in collaboration with current undergraduates. 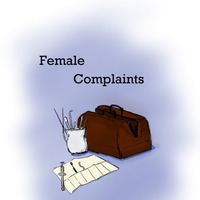 Female Complaints is a new musical about ambition, persistance, and illegal abortion. Inez Ingenthron was raised in one of the poorest immigrant communities in turn-of-the-century San Francisco and became a highly skilled, sought-after abortionist and one of the wealthiest women in California. Inez successfully managed to get the law to look the other way, until Pat Brown, the District Attorney of San Francisco, targeted her in his rise to power. As Pat singled out abortion in his crackdown on vice, he made Inez's downfall a personal mission. At a time when reproductive rights are under attack in the United States, Female Complaints highlights the world that we're in danger of living in once again.