Tickets $15; Dartmouth students $5; all other students $10.50
$50 package for all six performances
General admission; available at the Hop Box Office

New York Theatre Workshop empowers visionary theater makers and brings their work to adventurous audiences through productions, artist workshops and educational programs. Every August, the company brings their work to Dartmouth for a three-week residency, developing and performing six new works-in-progress by some of today's most innovative professional playwrights and directors. Recent Dartmouth residency projects have included We Live In Cairo, currently in production at Boston's American Repertory Theater, and Hadestown, which is now running on Broadway and which was recently honored with eight Tony Awards.

Tackling themes of racism, show business, and body image, and told in verse and prose, "Buh Wha' Trouble is Dis? (or The Exhumation of MC Spice)" explores how a first-generation daughter of Caribbean immigrants growing up in 1980s East New York, Brooklyn, can embody her truest self, conquer her demons of self-doubt, and strive to achieve some of her wildest dreams. 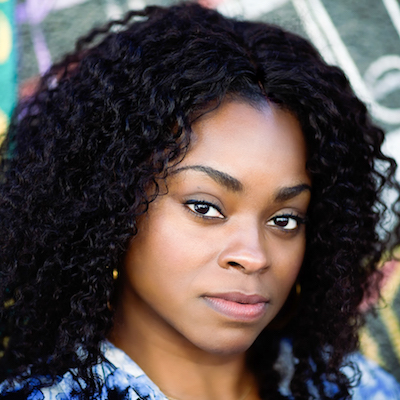 Stacey Sargeant is the child of a Trinidadian father and Tobagonian mother who was born & raised in the East New York section of Brooklyn. She is a graduate of LaGuardia High School of Music & Art and the Performing Arts and received her BFA in musical theater from Syracuse University. She recently received Drama Desk, Drama League, and Lucille Lortel nominations for her work in the NYTimes Critic's Pick Rags Parkland Sings the Songs of the Future at Ars Nova. She is the recipient of the South Korea Daegu International Musical Festival's Best Supporting Actress Award as well as New York Musical Theatre Festival's Outstanding Individual Performance Award. In addition, her filmmaking debut Though I'm Not Perfect, a documentary short about the physical and psychological dangers of the ballet world to young girls, won the Honolulu Film Award for Best Educational Film. Stacey has worked with critically acclaimed directors of stage and film such as Jerry Zaks, Phyllida Lloyd, Joshua Marston, George C. Wolfe, Tina Landau, and Michael Greif, to name a few. Her resume is a testament to her determination and commitment to her dreams, which have expanded over the years, thus enabling her to transition seamlessly between multiple mediums throughout her career. 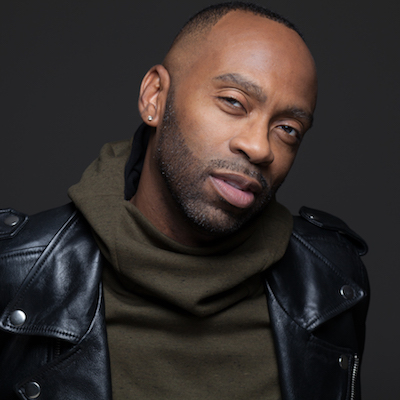 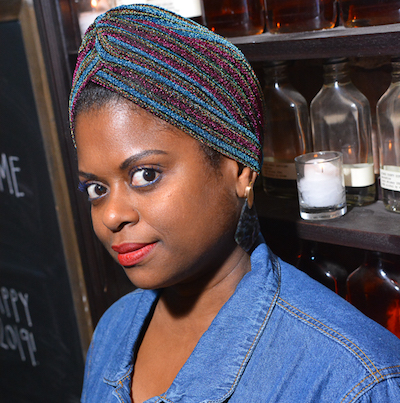 dams also known as DJ Monday Blue, is a licensed and registered physical therapist by day and a DJ by night. The founder and resident DJ of Doyennes of Disc, a monthly all-women-DJ vinyl party, Tracy is versed in digital and analog disc jockeying. When she's not mixing or providing therapy to the people, Tracy can usually be found on the couch reading musical biographies. 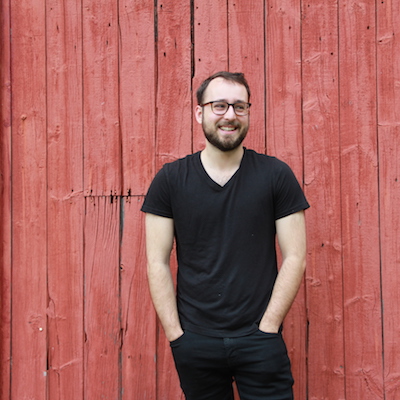 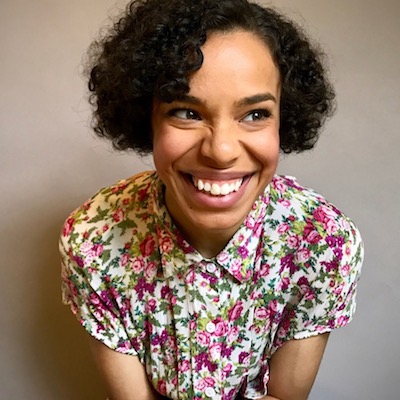 Taylor Reynolds is a New York-based director and theatremaker from Chicago and one of the Producing Artistic Leaders of The Movement Theatre Company in Harlem. She has worked as a director, assistant, and collaborator with companies including Clubbed Thumb, Signature Theatre Company, Page 73, Ars Nova, New Georges, and the Atlantic Acting School. Selected directing credits: Plano by Will Arbery, ALLOND(R)A by Gina Femia, Songs About Trains (co-directed with Rebecca Martinez), Think Before You Holla (creator/deviser), Food by Rhonda Marie Khan. She is a New Georges Affiliated Artist, member of NY Madness and the Lincoln Center Theater Directors Lab, and 2017-2018 Clubbed Thumb Directing Fellow. BFA, Carnegie Mellon University. iamtaylorreynolds.com 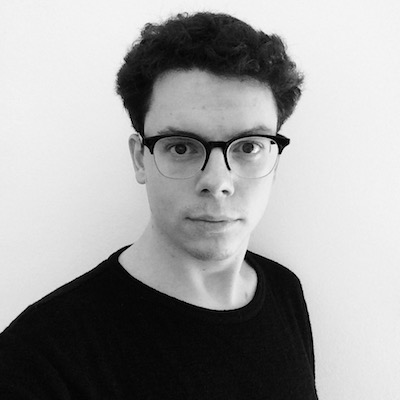 Bence Bíró (Trust for Mutual Understanding Artist-in-Residence) is a dramaturge, writer and translator from Budapest. He received his Masters Degree in Dramaturgy in 2015 at the University of Theatre and Film Arts in Budapest. Recent dramaturge credits include The Tragedy of Man by Imre Madách, L'Annonce faite à Marie by Paul Claudel, Nobody's Daughter by Zsigmond Móricz, The Blue Bird by Maurice Maeterlinck and The Tót Family by István Örkény. Recent translator credits include Us / Them by Carly Wijs, Song from Far Away by Simon Stephens, and Emilia Galotti by Gotthold Ephraim Lessing. 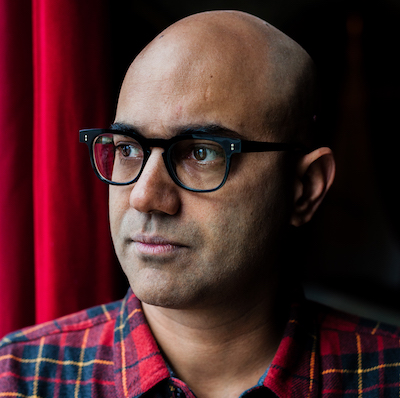 Ayad Akhtar is a playwright and novelist. He is the author of Junk (Lincoln Center, Broadway; 2018 Kennedy Prize for American Drama, Tony nomination); Disgraced (Lincoln Center, Broadway; Pulitzer Prize for Drama, Tony nomination, Nestroy Award); The Who & The What (Lincoln Center); and The Invisible Hand (Obie Award, Outer Critics Circle John Gassner Award, Olivier and Evening Standard nominations). As a novelist, he is the author of American Dervish (Little, Brown & Co.) published in over 20 languages. Recipient of an Award in Literature from the American Academy of Arts and Letters, the 2017 Steinberg Playwriting Award, 2019 Erwin Piscator Award, as well as fellowships from the American Academy in Rome, MacDowell, the Sundance Institute, and Yaddo, where he serves as a Board Director. He is a Board Trustee at PEN/America and New York Theatre Workshop. 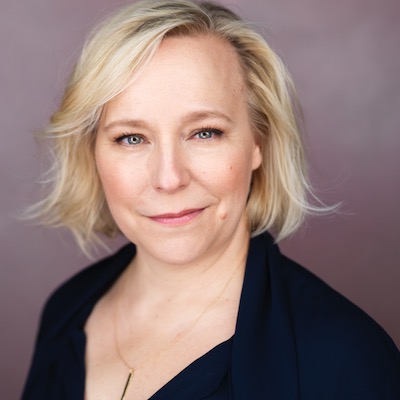 Lisa Timmel is a dramaturg and producer who specializes in new play development and production. Presently managing director of Bated Breath Theatre Company, previous positions include director of new work at The Huntington Theatre Company in Boston, director of new play development at Playwrights Horizons, dramaturg and advisor to the Emerging Writers Group at the Public Theater, artistic producer at Carole Shorenstein Hayes Productions. Notable productions include I was most alive with you, Sons of the Prophet, Tiger Style! Smart People, I Am My Own Wife, Grey Gardens, Small Tragedy, and The Pain and The Itch. She has worked with various developmental organizations including Sundance Theater Institute, New Dramatists, and Eugene O'Neill Theater Center. Ms. Timmel holds an MFA in dramaturgy from Columbia University and teaches at Queens College.

When a young gay man is found dead in his New York apartment, his best friends are left wondering why. Part meditation and part celebration, Look Upon Our Lowliness is a touching, unexpectedly funny story of seven men who, in the wake of a tragic loss, choose to embrace life. In a world inundated by technology and constant communication, the play examines the interconnectedness of love, loss, faith, and healing. 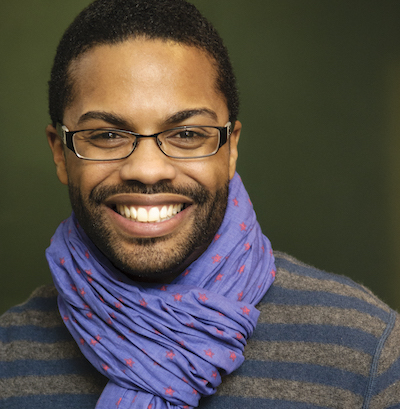 Harrison David Rivers' plays include the bandaged place (Relentless Award), When Last We Flew (GLAAD Award), This Bitter Earth (MN Theatre Award for Exceptional New Work), Where Storms Are Born (Edgerton Foundation New Play Award, Berkshire Theatre Award Nom), Sweet (AUDELCO Nom), And She Would Stand Like This (with David Mendizábal) and the musical Five Points (MN Theatre Award for Exceptional New Work, BroadwayWorld Award for Best New Work). He has received McKnight and Many Voices Jerome Fellowships, a Van Lier Fellowship, an Emerging Artist of Color Fellowship and New York Stage & Film's Founders' Award. Harrison is a member of the Board of Directors of the Playwrights' Center. harrisondavidrivers.com 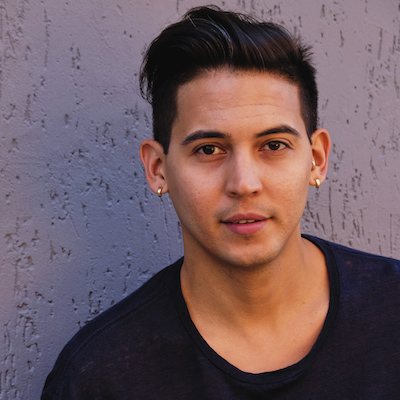 David Mendizábal is a director/designer, one of the Producing Artistic Leader of The Movement Theatre Company, and the Associate Artistic Director of The Sol Project. Select directing credits include: Then They Forgot About The Rest (INTAR), iNegro(Mentor Project), And She Would Stand Like This (The Movement), On the Grounds of Belonging (Public/Public Studio), and Tell Hector I Miss Him (Atlantic / Drama League Nomination). Former Artistic Associate at Atlantic Theater Company, current member of Latinx Theatre Commons, & Wingspace. Alumnus of Drama League, LCT Director's Lab, NALAC, & artEquity. BFA NYU/Tisch. www.davidmendizabal.com 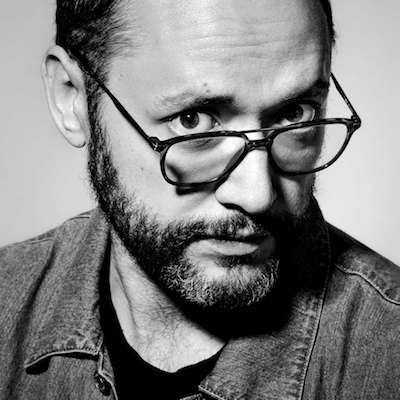 Tamás Ördog (Trust for Mutual Understanding Artist-in-Residence) is a young Hungarian director, actor and theatre-maker, known for unorthodox shows and projects staged in flats, unusual venues and in Trafó House of Contemporary Arts Budapest. His theatre company with Emőke Kiss-Végh: Dollardaddy's (Dollár Papa Gyermekei) is one of the youngest Hungarian theatre ensembles, true risk-takers in every sense: experimenting on the boundaries of real life and theatre in a minimalistic style with very little set or costume, re-narrating Ibsen and other classic playwrights while keeping the characters, the situations and the conflicts, but speaking the lines in their own words. Their original acting style, inspired by the Dogma films, invites the audience to be part of a uniquely intimate relationship with the performers: they are seated inside the "living-room", everything is happening just within their grasp. Both founding members are popular with some of the best independent companies and keep getting invited to work with Krétakör and Árpád Schilling, Kornél Mundruczó and PanoDrama. Tamás Ördög teaches acting for 18-22 aged people at the Keleti István School of Art since 2011. Furthermore, he regularly holds workshops for amateurs and professionals. He focuses on helping to find one's personality and natural voice. Participants interpret their own personalities through theatrical characters, and they create scenes on stage based on improvisation primarily, but also using classical dramatic literature. Family and relationships are in the centre of interest. In the next season he will teach at the University of Theatre and Film Arts.

4:00 pm
A Play for the Living in a Time of Extinction
by Miranda Rose Hall
directed by Lisa Peterson
Tickets available here

What has happened to the little brown bats? To the spotted tree frog? What will happen to Homo sapiens? A Play for the Living in the Time of Extinction is an evening of interactive, interspecies storytelling. It asks--through story, song, and movement--how to be a human in an era of man-made extinction. 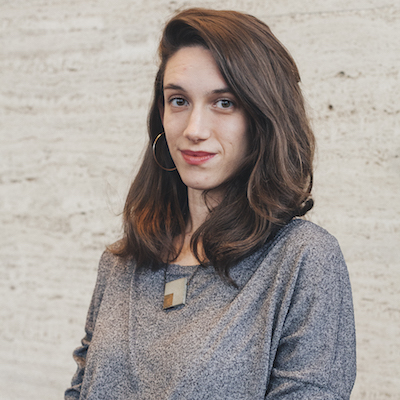 Miranda Rose Hall is a playwright from Baltimore, MD. Her play Plot Points in Our Sexual Development premiered at LCT3/Lincoln Center Theater in October 2018 and her play The Hour of Great Mercy premiered at Diversionary Theater in February 2019. She is currently under commission from LCT3/Lincoln Center Theater, Yale Repertory Theater, and Trinity Repertory Company. She has developed her work with Rattlestick Playwrights Theater, The Playwright's Realm, Baltimore Center Stage, Woolly Mammoth, the Kennedy Center, EnGarde Arts, Provincetown Theater and the Orchard Project. She is a member of the Emerging Playwrights Group at Two River Theater, and is currently Resident Playwright of LubDub Theatre. BA: Georgetown University, MFA: Yale School of Drama. 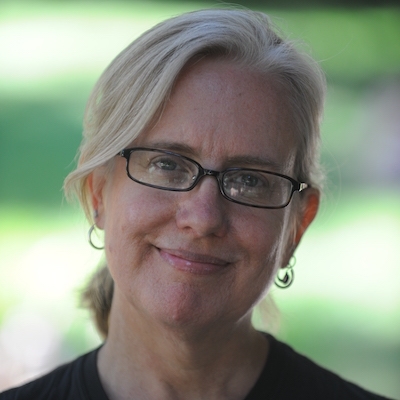 An internationally renowned performance artist up and vanishes without telling anyone, including her son Naphtali. Seven years later, devastated by personal and political failings, Naphtali answers the door to find Mom has returned - with few answers and one big request. 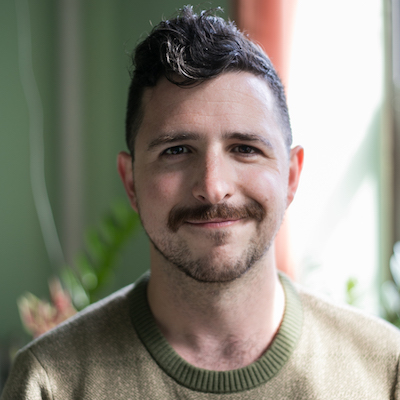 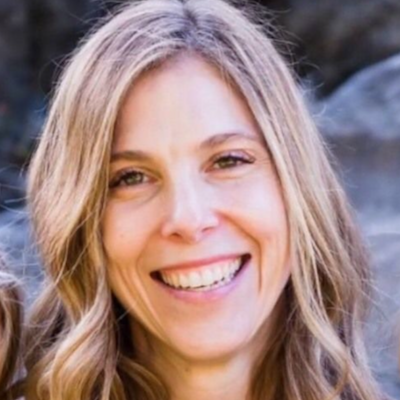 Carolyn Cantor is a graduate of Dartmouth College and participated in the first two NYTW summer residencies when she was a student. She is thrilled to be joining the company again this summer. Carolyn is a New York based director of primarily new work. Off Broadway credits include Sell/Buy/Date, Regrets and Pumpgirl (Manhattan Theatre Club); Indian Summer, Fly By Night, Great God Pan, After the Revolution (Callaway Award), Stone Cold Dead Serious (Playwrights Horizons); Arlington (Vineyard Theatre); In a Dark Dark House (MCC Theater); Something You Did (Primary Stages); The Talls (Second Stage); Core Values (Ars Nova); Orange Flower Water, Living Room in Africa, Now That's What I Call A Storm and Life is a Dream (Edge Theater), and EVE-olution (Cherry Lane). Regionally her work has been seen in Good Boys (Pasadena Playhouse), THEO (Two River), Rabbit Hole (Geffen, Garland Award) and Sell/Buy/Date (Geffen and LA LGBT Center ), The Violet Hour (Old Globe), After the Revolution, Not Waving and King Stag (Williamstown Theatre Festival), Vera Laughed and Get What You Need (NYS&amp;F), Diary of Anne Frank (Papermill) and many others. She has developed work at the O'Neill Playwrights Conference, the Ojai Playwrights Conference, the Sundance Theater Lab, Steppenwolf, the Goodman Theater, OSF and NYS&amp;F. Carolyn has received the Seldes/Kanin Award from the Theatre Hall of Fame, the Boris Sagal and Bill Foeller Fellowships from WTF and a Drama League Directong Fellowship. She is the mother of two daughters, Stella, age 13 and Vivian, age 9.

CLICK HERE for more information about the NYTW Residency at Dartmouth.

Bring your lunch and enjoy a vibrant discussion with the visionary directors, performers, playwrights, and other artists-in-residence with each week's New York Theatre Workshop performances.

August 3: "Peer Into the Play"
With You Hateful Things playwright Will Arbery and director Taylor Reynolds; moderated by NYTW Literary Director Aaron Malkin.