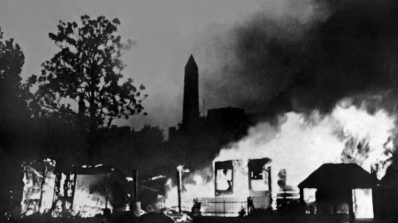 Read More on this Production:

About the 1932 Bonus Army March 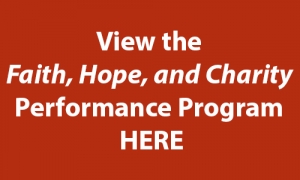 by Ödön von Horváth, in collaboration with Lukas Kristl
adapted by Peter Hackett
from a translation by Péter Fábri

Faith, Hope, and Charity will be aired as a three-part radio play via Dartmouth College Radio. Each act will also be available via the Hopkins Center YouTube Channel.

Performances will take place at 7:30 pm each evening. Each act will remain available on YouTube following its premiere. 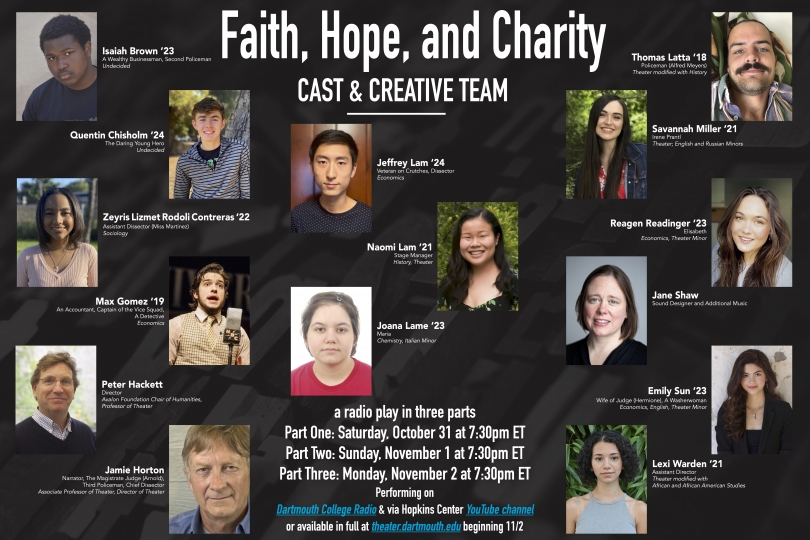 DIVE DEEPER: CONVERSATIONS ON THE PRODUCTION

Hopkins Center Curator for Academic Programming and Dept of Theater Guest Lecturer Samantha Lazar discusses different aspects of the production with company members in these pre-recorded Zoom conversations, each one between 20-30 minutes.

THE SETTING:
The Great Depression and the 1932 Bonus Army Marches

A conversation with Professor Annelise Orleck of the Department of History at Dartmouth.

THE EXPERIENCE:
Creating Theater in a Remote World

THE PRODUCTION:
Producing Theater for the Radio