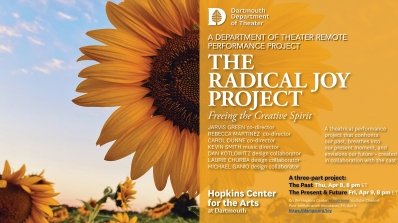 More on the Radical Joy Project:

A unique exploration of how music, theater and movement can be tools for radicalizing the imagination and freeing the creative spirit within. A three-part remote performance project and collaborative collage that confronts our past, breathes into our present moment, and envisions a future that is inherently liberatory.

The Radical Joy Project will be streamed as a three-part performance via the Hopkins Center YouTube Channel; each part will feature a series of unique performances created by company members around a specific theme. Performances will take place at 8:00 pm ET each evening.

Part One: The Past Thursday April 8
Part Two & Three: The Present/The Future Friday April 9; followed by a post-show discussion with the company via Zoom. 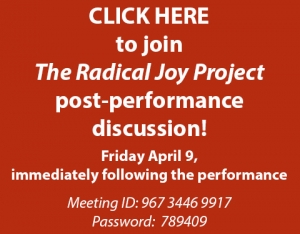 Each chapter will remain available on YouTube following its premiere.
This production is made possible in part by the Dartmouth Center for the Advancement of Learning and the Hopkins Center for the Arts. 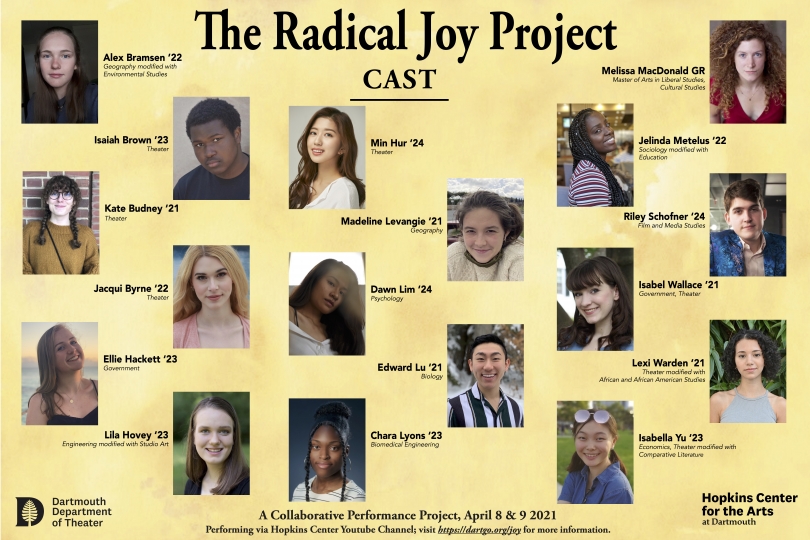 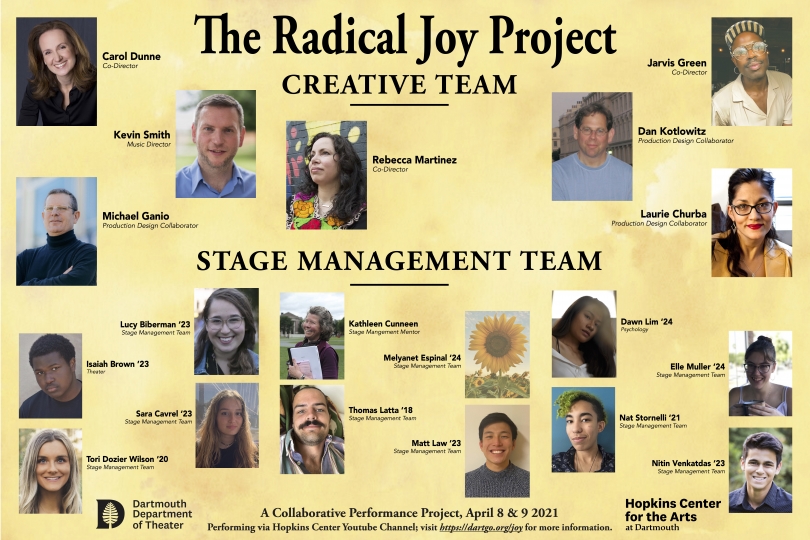 A CONVERSATION WITH THE CAST:
Hopkins Center Curator of Academic Programming Samantha Lazar speaks with Radical Joy cast members Isaiah Brown '23, Min Hur '24, and Isabella Yu '23 about their experience working on the production. 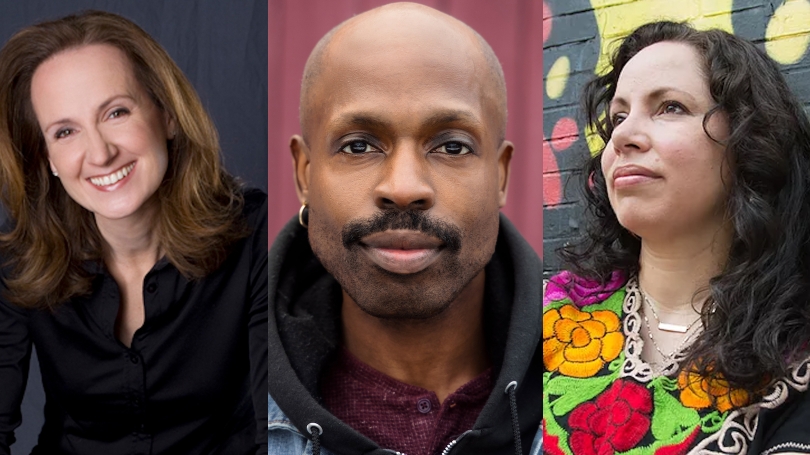