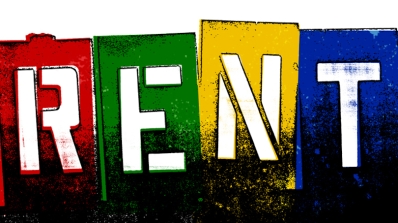 If you are not able to make any of the available time slots, don't worry! Please email Brianna Parry to schedule an alternative audition time.

ABOUT THE PLAYS AND THE PRODUCTIONS

The groundbreaking and iconic Pulitzer Prize-winning musical that shaped a generation and taught us all to measure our life in love.

Based loosely on Puccini's La Boheme, Jonathan Larson's Rent follows a year in the life of a group of impoverished young artists and musicians struggling to survive and create in New York's Lower East Side, under the shadow of HIV/AIDS. An exuberant, passionate, and joyous story about falling in love, finding your voice, and living for today.

The production will be directed by Carol Dunne, with Keith Coughlin choreographing and Kevin Smith as musical director. César Alvarez of the Department of Music will be the Faculty Liaison. Designers will be Dan Kotlowitz (lighting), Michael Ganio (sets), and Laurie Churba (costumes). Intimacy choreographer will be Veronica Burt '16. Additional creative team members are TBA.

A complete rehearsal and performance calendar is available HERE.  PLEASE NOTE that this calendar is subject to change!

MARK COHEN: 20s. Baritone/Second Tenor. A filmmaker who has left behind his affluent upbringing to pursue his craft.  He narrates the show as he films the lives of his friends. Mark never leaves home without a camera. He is Roger's best friend and caregiver, and he was once Maureen's boyfriend (who left him for Joanne). Mark is a little nerdy and quirky. He insists that he can survive the bleakness of his environment through his art. It soon becomes apparent, though, that he is more comfortable viewing the world through his lens than in actively engaging in it. He feels guilty that unlike his friends, he does not have HIV/AIDS. Intimacy Note: There is a brief moment of kissing between Mark and Maureen.

ROGER DAVIS: 20s. Rock Tenor. Former drug addict searching for answers through one last song. Roger is a once successful, now struggling musician who discovered he had HIV/AIDS in a note his girlfriend left him before she took her own life. His main goal in life is to write one great song before he dies, but he has not been able to play his guitar in a year, fearing that he has lost his creative energy. He falls in love with Mimi but is too afraid to commit to her, knowing that she also is infected with HIV/AIDS. He is also the roommate and best friend of Mark. He is often depressed and sullen, but he can be expressive and passionate at times.  Intimacy Note: There are moments of embrace and kissing between Roger and Mimi.

MIMI MARQUEZ: 20s. Strong high belt/mix.  Mimi Marquez, a Latinx or Afro-Latinx woman, works in a strip club and struggles with her addiction to heroin, which has resulted in her contraction of HIV/AIDS. She falls in love with Roger, who is unable to commit to a relationship with her. She is also Benny's ex‐girlfriend. She is extremely sexy, optimistic, and likeable but with dark secrets. Though Mimi has" lived a lot of life," she still sees the world through the eyes of a young woman. She intends to make the most of every day, as she earnestly expresses in the song "No Day but Today." Intimacy Note: There are moments of embrace and kissing between Mimi and Roger.

TOM COLLINS: 20s / early 30s. Baritone/Tenor.   Former roommate of Mark, Roger, and Benny. Tom Collins is a gay computer genius, teacher, and anarchist who was recently expelled from MIT. In the opening scene he is mugged, reflecting the harsh reality of the world in which the characters live. He is brave enough to allow himself to fall in love with Angel, knowing that since both of them are infected with HIV/AIDS, their relationship will not have much of a future. Tom and Angel's relationship is the heart of the show, as the genuine love and devotion they have for one another brings hope and inspiration to the entire group. Intimacy Note: There are moments of embrace and kissing between Tom and Angel.

BENNY: 20s. Baritone/second tenor. Went to college with Mark. Lived with Roger, Collins, Maureen and Mark. Married into a wealthy family. Benny used to be Mark and Roger's roommate, but he married Alison Grey, a rich family involved with real estate, and he is now their landlord. He had been letting Roger and Mark live in the apartment for free, but he is now forcing them to pay rent or be evicted. Roger and Mark consider him a yuppie sell-out. He also had an affair with Mimi before she started to date Roger. While in the beginning he is caught up in the lifestyle of wealth and affluence, he ultimately realizes his friends are more important than what money can buy.

ANGEL: 20s. High tenor with good falsetto. Outgoing, flamboyant, yet honest and caring individual living on the New York Streets with AIDS. Angel is a young drag queen and street percussionist. He meets and falls in love with Collins. He has HIV/ AIDS and dies of the disease in Act II. As a person, Angel is the most generous and selfless character in the show. Angel hands out money to the neighborhood while dressed in Santa drag. Though he has HIV/AIDS, he embraces life and lives it to its fullest. People are naturally drawn to him, and his smile lights up the room. His death is mourned by all of the characters and eventually inspires them to live each day to the fullest. As mentioned in Tom's character description, Tom and Angel's relationship is the heart of the show, as the genuine love and devotion they have for one another brings hope and inspiration to the entire group. They show the world how to truly live life and not be afraid. Intimacy Note: There are moments of embrace and kissing between Angel and Tom.

MAUREEN JOHNSON: 20s. Large vocal range. A performance artist who is not as good as she thinks and slightly self-centered. Maureen is a bisexual performing artist and Mark's ex‐girlfriend. She left Mark to be with her new girlfriend, Joanne. She is sexy, flirtatious, sassy, and funny. She is bold and speaks her mind, and she is not afraid to take on the establishment and fight for what she believes in. Intimacy Note: There are moments of embrace and kissing between Maureen and Joanne, and Maureen and Mark. Partial nudity may be discussed with the actor cast.

JOANNE JEFFERSON: 20s to 30s. Pop belt. Harvard grad with affluent upbringing. Has an insecure relationship with Maureen. Joanne is a lesbian Ivy League educated lawyer and activist. She struggles to not be jealous of Maureen's flirtatious nature with others. Though she was raised in an affluent, political family, she is committed to helping those less fortunate. Intimacy Note: There are moments of embrace and kissing between Joanne and Maureen.

All auditioning students must sign up for an audition slot via a google info and sign-up form; that form is available HERE. Please plan to arrive 10 minutes before your  scheduled appointment time.

For your audition: please prepare a cut of any musical piece, sung in any language, of no more than 1.5 minutes. It should be something you love to sing and feel passionate about singing. An accompanist will be provided if you bring sheet music in a 3 ring binder, but you may also provide your own backing track if you prefer, and a cappella auditions are also welcome. Please also choose a scene to read from the script. These possible scenes, called sides, are available. Note: Choose any paragraph or character! The character you are interested in auditioning for might not have a preliminary side, as Rent is primarily sung, so just choose any side that you enjoy. This is primarily an opportunity for us to get to know you.

In advance of the audition, the intimacy choreographer has prepared a breakdown of the intimate content in the play in order to make students aware of the touch that is involved in the storytelling. Actors who are cast will be given the opportunity to say what they are and are not comfortable with. You can view the breakdown HERE.

Students are encouraged to read the script prior to auditions! Please contact the Production Manager or the Department Administrator for information on how to obtain a copy of the libretto.